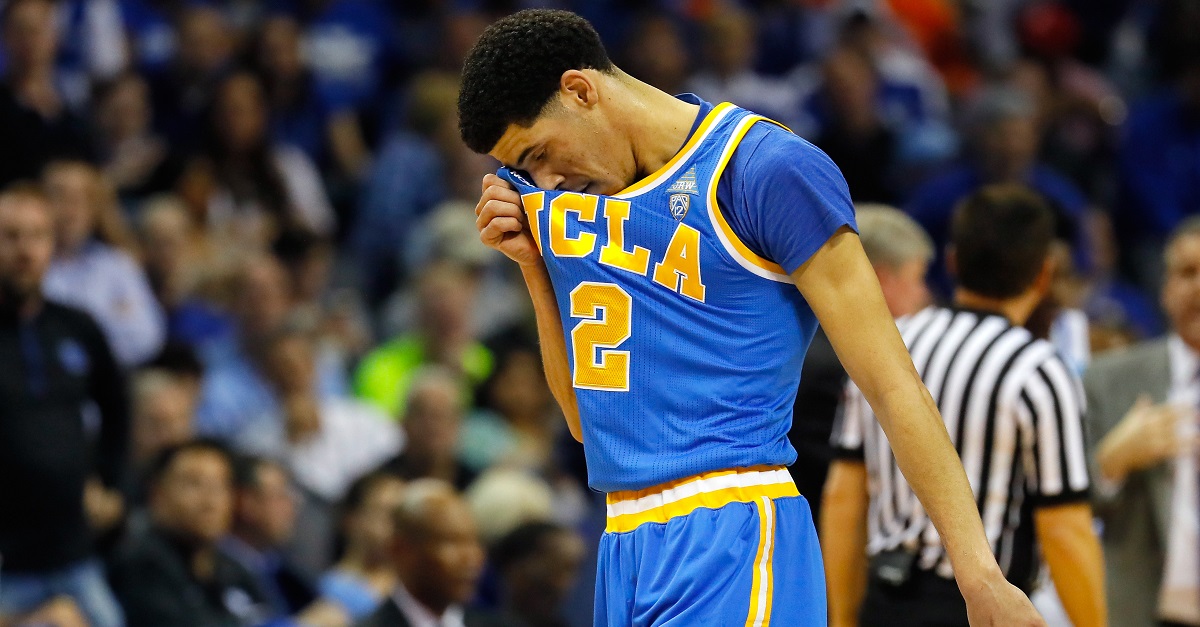 Ever since the NCAA basketball season ended, and really even before that, LaVar Ball has been doing most of the talking for his son Lonzo. Of course, Lonzo is the person here who actually has a shot at making it in the NBA — he’s considered a likely top-five pick — and he could go to several teams depending on how the lottery turns out on Tuesday night.

RELATED: Lonzo Ball’s stock could be seriously dropping after the NBA Combine

However, there’s only one team that pops wants him to end up with on that night in June when the NBA Draft goes down. And it might be a team that could lose its pick if it’s outside the top three in the Los Angeles Lakers. They have to get a top-three pick or they lose it and must hand it over to the Philadelphia 76ers, but that still hasn’t stopped LaVar from trying to force his son onto one team.

“Oh, he’s going to be a Laker,” LaVar said recently, via ESPN.com’s Ramona Shelburne. “I’m going to keep talking about it until it happens.”

While the younger Ball has said he will play anywhere and for whoever drafts him, you have to believe that he would love to stay in Los Angeles to stay close to home. As a result of their finish, the Lakers have a just under 50% (46.9% to be exact) chance of keeping their own lotto pick in the upcoming draft. If the pick falls out of the top three, then so does Ball most likely as the Lakers are the most likely of the top three teams to draft him.