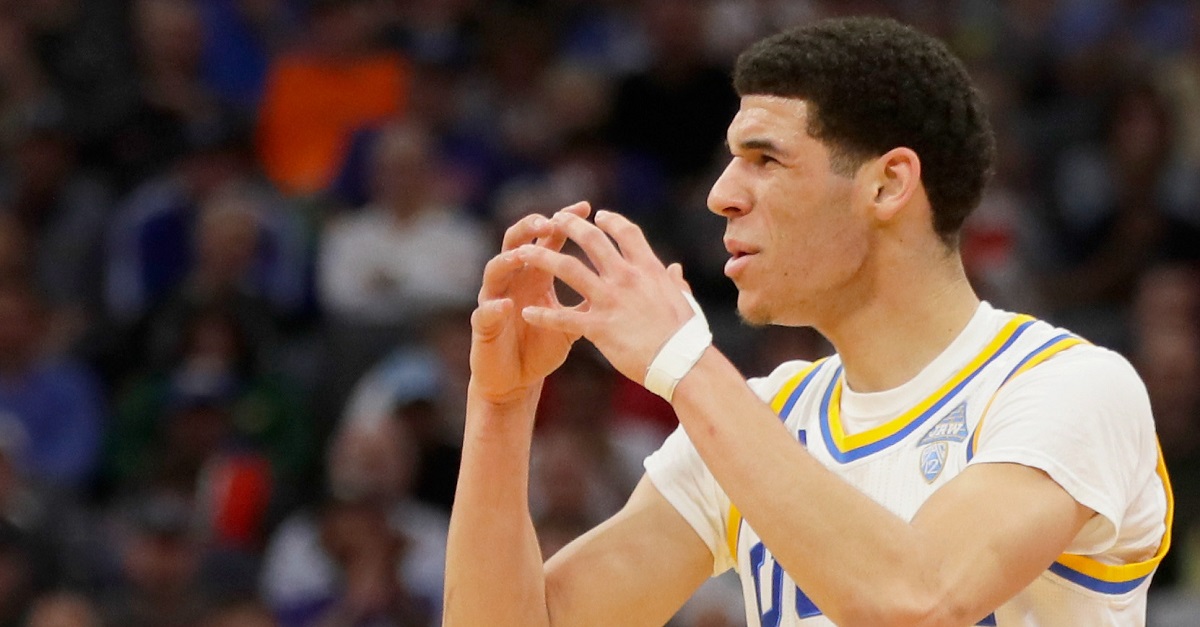 Lonzo Ball’s last impression he left on NBA scouts and personnel was not exactly great as he only scored 10 points, turned the ball over four times, only grabbed three rebounds, but did dish it out eight assists. That was against Kentucky in the Sweet 16 of the NCAA Tournament and he had guard De’Aaron Fox defending him while he went off for 39 points himself.

Fox talked about his motivation for that outburst and he made it pretty clear and concise:

De’Aaron Fox dropped 39 points on UCLA because he wanted to "shut LaVar up" https://t.co/CRPFfHN9vY pic.twitter.com/xzsCPJQunQ

Fox certainly did that and made Lonzo look rather bad while doing it. Ball looked completely out of it during the game and there were times when he super passive just so he wouldn’t have to deal with Fox’s lock down defense of him. Anything that silences LaVar is good though and Fox will surely be looking to do the same thing in the pros if he gets drafted after Ball in next Thursday’s NBA Draft.