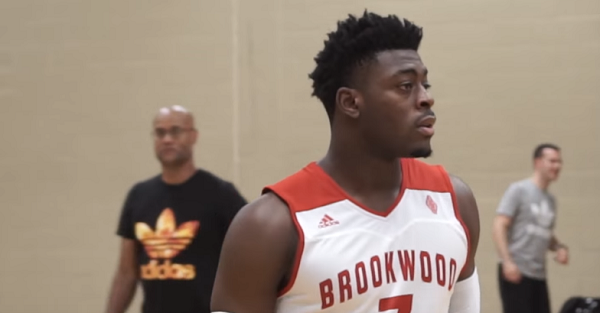 5⭐️ Luguentz Dort is down to 3 schools. @luguentz pic.twitter.com/eL7tt8H4Iy

The 6-foot-5, 220-pound guard has an interesting trio of Oregon, Baylor and Arizona. He is ranked as a five-star recruit by ESPN and is in a post graduate high school program so he does not have a position rank from the service. He also has offers from Indiana, Miami, Michigan State, Florida, UConn and Louisville among others.