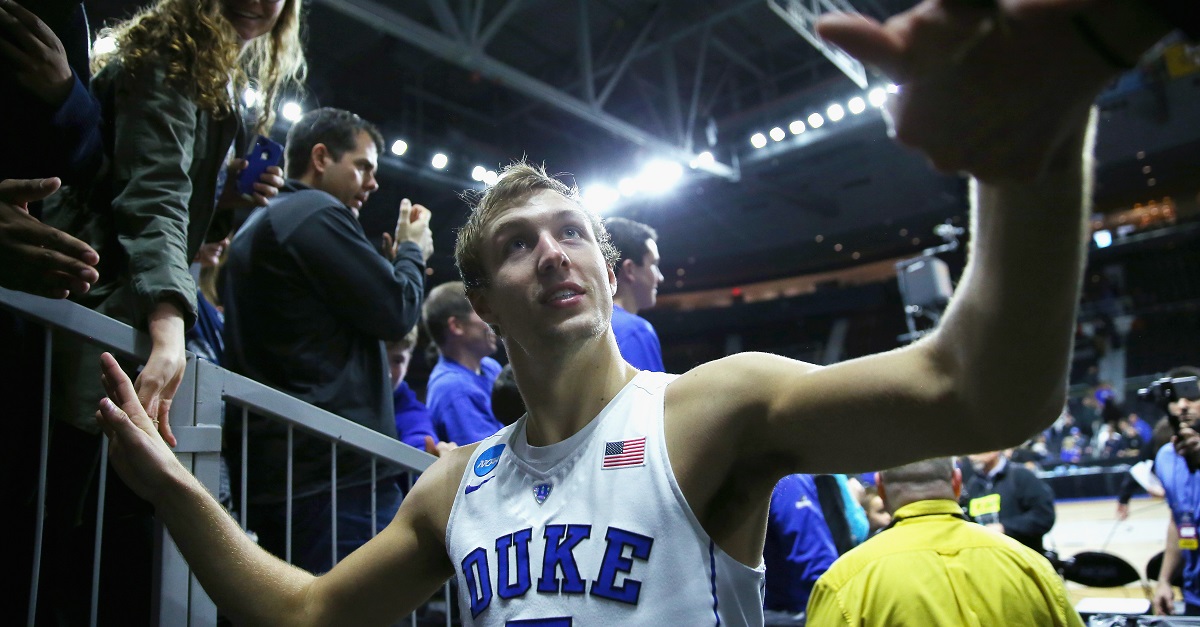 The Duke Blue Devils may not have had the kind of seasons everyone expected — they were voted as the preseason No. 1 team in the country — but the talent was evident, so it should come as no surprise that guard Luke Kennard is the latest Blue Devil to announce not only that he’s declaring for the 2017 NBA Draft, but that he’s also hiring an agent meaning he can’t change his mind.

"I'm confident that I'm ready and have a great foundation for success …" pic.twitter.com/QOVaQ715qp

Here’s what Kennard had to say in his official statement:

“After considerable reflection, prayer and consultation with my family and coaches, I have decided to take the next step in pursuing my basketball dreams by entering the NBA Draft,” Kennard said. “Being a member of the Duke Basketball brotherhood is always going to be special to me. I have nothing but love and respect for everyone in the Duke program. I want to thank my coaches, teammates, the best fans in the game and everyone in Franklin for being by my side every step of this journey. I have a lot of hard work ahead of me, but I’m confident that I’m ready and have a great foundation for success at the NBA level.”

With Jayson Tatum, Harry Giles and Grayson Allen all likely moving onto the NBA, the Blue Devils will have to replace a lot of production for the 2017-18 season.

Kennard is currently projected to be taken with the No. 25 pick in the 2017 NBA Draft in the latest mock draft by DraftExpress.