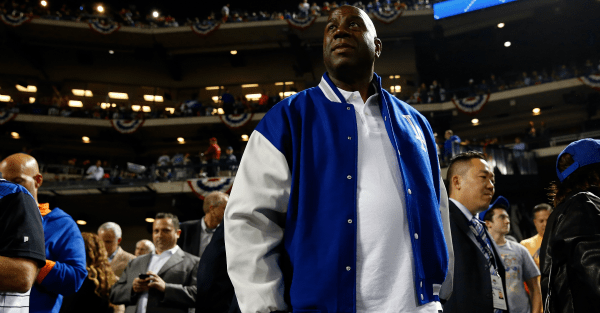 LSU basketball has played up to its potential so far this season, but might see a turnaround with a huge win over No. 9 Kentucky on Tuesday night. Freshman phenom Ben Simmons was a huge part of that effort as he was one of three Tigers with a double-double for the night.

Many people have been trying to find a comparison for him in the NBA and LeBron’s name has come up quite a bit. It did once again when Hall of Famer Magic Johnson liked what he saw from Simmons against the Wildcats.

LSU's Ben Simmons is the best all around player I've seen since LeBron James came out of high school straight to the NBA!

So far this season, Simmons is averaging 20.5 points, 13.1 rebounds, 5.4 assists, 2.1 steals, and 1.4 blocks per game. He is .1 steals per game away from leading the Tigers in all five of those categories. Yeah, I’d say he can do just about everything, much like James has done for much of his career.