Mark your calendars, the UNC-Duke game has a primetime slot 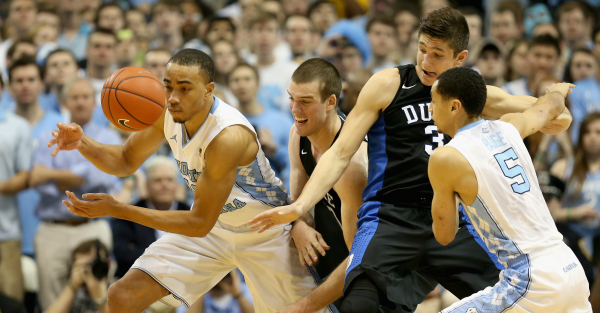 The first UNC-Duke game of the season did not disappoint with a fantastic finish. It was such a devastating loss for UNC that coach Roy Williams actually apologized to the fans for losing it! It was only a one-point game, but it was a game that everyone felt UNC should have won easily considering their talent level and how well they had been playing up to that point.

Everyone knew that these two teams would meet up for the last game of the season on March 5, but the time of the game hadn’t been announced yet. Now we’ve got that information and so you all need to set your DVRs and mark your calendars so you know exactly when this rivalry game will go down and likely finish in a similar fashion.

Tip-off time for the Duke-UNC game at Cameron Indoor Stadium has been announced as 6:30 p.m. on March 5.

The last game was one for the ages as Tar Heel forward Brice Johnson went off for 29 points and 19 rebounds and Duke forward Brandon Ingram had a 20-10 double-double with 23 points coming from Grayson Allen. With the ACC likely riding on the outcome of this game, both teams have a lot of incentive to try to take this one in Durham.