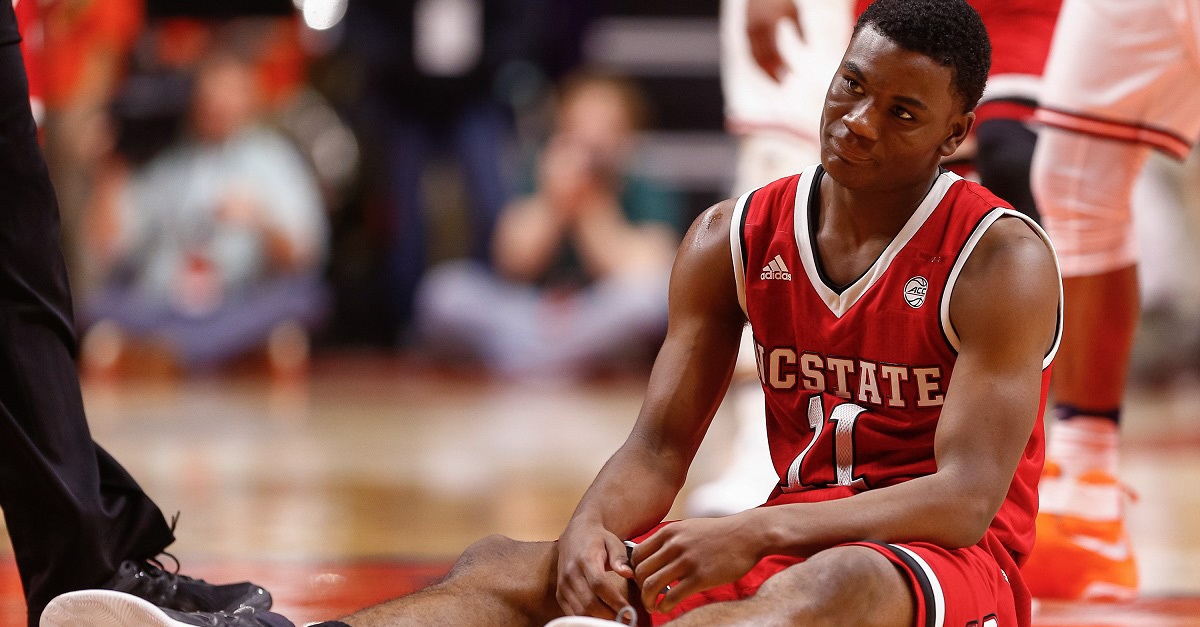 North Carolina State sophomore point guard Markell Johnson is reportedly facing a felony assault charge stemming from an incident in his home state of Ohio, according to the Associated Press.

A court document indicates that Johnson and three others were indicted on Dec. 5 as they “did knowingly cause serious physical harm” to a male victim on or about Oct. 8. Johnson pleaded not guilty to the charge and posted a $5,000 bond on Dec. 20. The trial was continued Thursday until the next pretrial hearing scheduled for Jan. 8, according to online court records.

N.C. State first learned of the indictment on Dec. 14 and suspended Johnson indefinitely that same day. The school initially said the suspension was a result of a violation of the student-athlete code of conduct and offered no other explanation.

Johnson was a four-star recruit from East Tech High School in Ohio. He was ranked at No. 58 in the 247Sports 2016 Composite rankings and was ranked as the No. 10 prospect among players at his position. He averaged 8.7 points, 6.6 assists, 2.4 steals and 2.2 rebounds in 10 games started this season for the Wolfpack.