God, that guy. You thought you'd never hear that treacherous name again, didn't you? Look up the word 'villain' in the dictionary and you'd find his face.

Henderson was the most hated player in the SEC -- and probably college basketball -- for the two years he spent at Ole Miss. He taunted Florida fans by chomping in their faces, called coaches "losers" because they didn't vote him to the SEC First Team and even flipped off the crowd after losing in the 2013 NCAA Tournament. And don't even ask Auburn fans what they think of him.

He was classless. He was obnoxious. He was cocky.

But he was good.

Nearly 10 years have gone by since Marshall Henderson first took the court for the Rebels and became a loathsome legend. After a few stops overseas in the professional ranks, Henderson found his way back to the states as a coach. 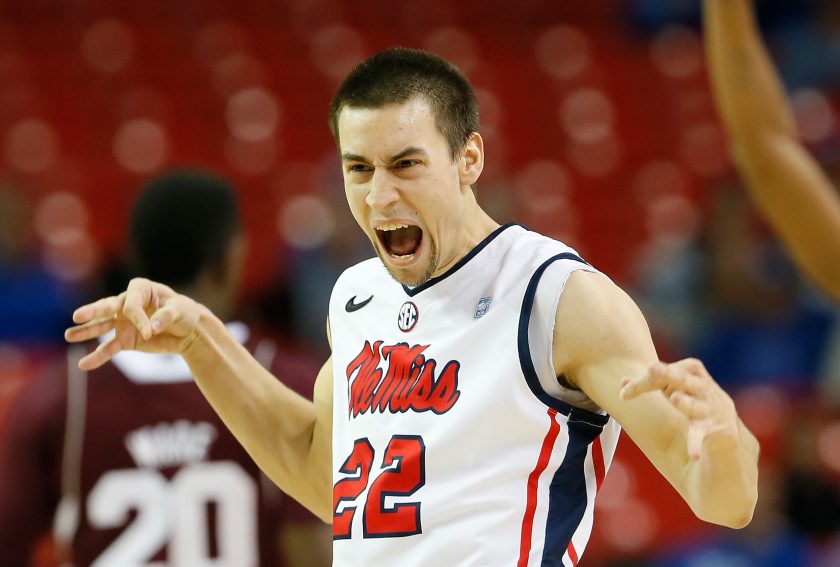 Henderson was a terrific player at L.D. Bell High School in Hurst, Texas, but his, um, emotional ways first began there.

He blew kisses to his girlfriend in the stands and once pegged the ball at an opposing player, according to Bleacher Report. Utah was able to look past any baggage and offered him a scholarship.

Henderson transferred from Utah after just one season, and after a stop at South Plains College, he set his sights (and his trash talk) on Oxford, Mississippi.

SEC fans can't even lie -- they know Henderson was a beast for the Rebels. He averaged 19.6 points, 1.9 assists and 1.4 steals per game across two seasons. 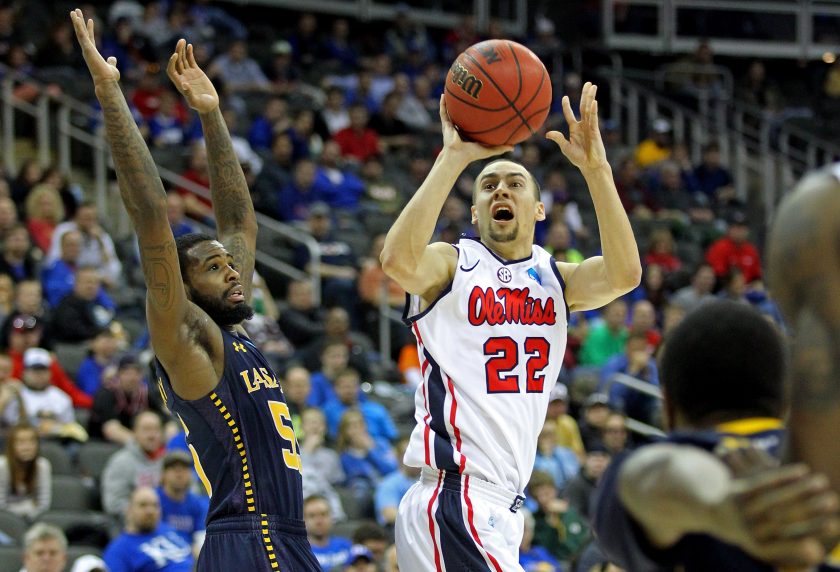 He dropped a career-high 39 points on Oregon in December 2013. A month later, Tennessee coughed up 32 to him. Less than a month after that, he put up another 30-burger against Mississippi State.

He single-handedly took over a game against Vanderbilt in 2013. It included a crazy buzzer-beater shot that sent the game to overtime:

Ole Miss basketball soared to new heights under him.

The Rebels won the SEC Tournament Championship game against Billy Donovan's Gators in 2013, marking their first NCAA Tournament bid since 2001. By the time Henderson left Oxford, he had made at least one three-pointer in all 66 games he played in, which set an SEC record.

Henderson's pro career didn't quite turn out as well, however.

Henderson's antics were likely too risky for any team to take a chance on him in the 2014 NBA Draft.

He played professionally in countries like China, Italy, Qatar and Iraq for a few years. The Sacramento Kings signed him in 2015 and he briefly played for their D League team, the Reno Bighorns.

Henderson last played professionally during a stint in Italy in 2016. He did, however, play for the Ole Hotty Toddy team in The Basketball Tournament on ESPN in 2017.

Despite becoming known for being a jerk on the court, Henderson then transitioned into coaching.

Juco LEGEND Marshall Henderson. Now an assistant for @IndyPiratesMBB . One of my core memories growing up in Hutch and going to The Tournament was the dagger he hit to seal the undefeated, Natty winning season for @SouthPlains . Then got to see him light up the SEC for Ole Miss! pic.twitter.com/fkjxcoo2OB

The former Bad Boy of the SEC spent seasons as an assistant coach at Birdville High School in Texas in 2018 and at Thomas University in 2019.

Ole Miss head coach Kermit Davis welcomed him back to the program as a graduate manager in 2020, during which he pursued a master's in hospitality management.

"Of course, I am thrilled to be back in Oxford. The people here have been more than wonderful to me for a long time," Henderson said in a team release at the time. "Anything I can do to help the basketball team continue their success, I will do to the fullest of my ability. I am very excited about getting a master's degree. When I was an undergrad academically, I wasn't as focused as I needed to be, and this position gives me a path to make peace with myself on that front."

These days, Henderson is an assistant coach at Independence Community College in Kansas. He joined the team for the 2021-22 season.

Henderson reportedly wants to open a restaurant or two in Oxford eventually, but not before furthering his coaching career. Whether any program would ever give the guy who ruffled more feathers than any other SEC player in history remains to be seen.