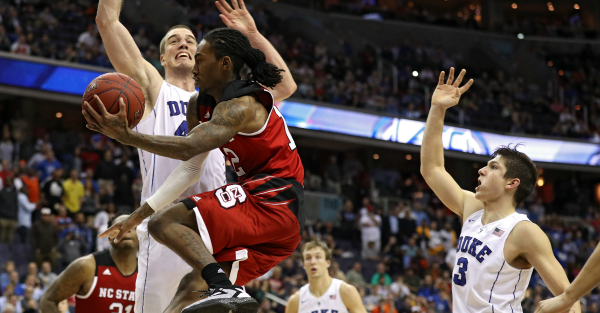 Duke’s Marshall Plumlee is one tough dude. He is going into the military after all and he looked like his face had seen a war zone about halfway through the second half against N.C. State in the ACC Tournament. He took a nasty elbow and now he has something in common with Owen Wilson — a crooked nose.

Marshall Plumlee with the broken nose courtesy of his teammate's elbow. pic.twitter.com/3Q5OzskTVm

Plumlee still finished with a double-double of 17 points and 10 rebounds with a pretty broken nose. Now that’s impressive.