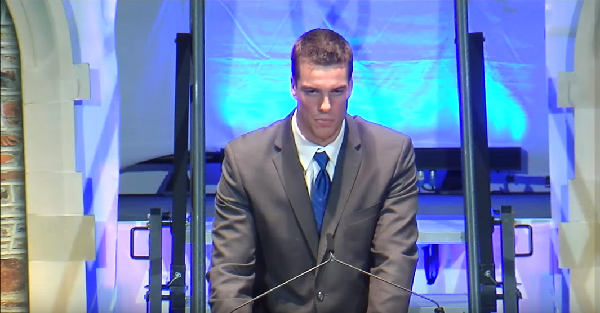 Duke basketball held its annual year end banquet and Marshall Plumlee was the main speaker. He talked about what Coach K meant to him and how he always talked to him about bettering himself. He mentioned how he was the last of the Plumlee brothers — the third for those keeping track — but that he wasn’t the least of them for sure.

There were bridges to be crossed, walls to break through and how it all led him to become a true Duke player. He told a story about Justin Robinson keeping him company in one of his darkest hours and how much that meant to him. He shed some tears and it was everything you hope for in a farewell speech.