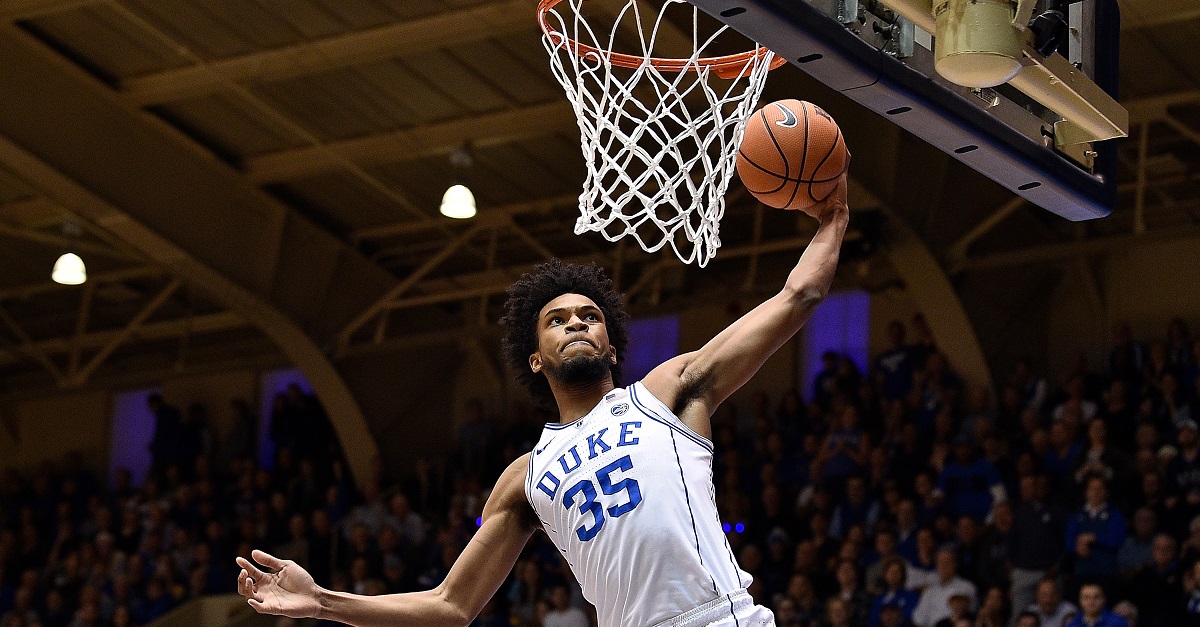 Marvin Bagley has been nothing short of sensational this season as a freshman at Duke. He’s been getting a lot of praise as a potential top-5 pick and he showed why once again as he tied a record at the school that’s held by Jabari Parker.

Bagley's 14 double-doubles this season are also tied with Jabari Parker in 2013-14 for most by a freshman in @DukeMBB history.

Duke has 14 games left in the regular season after today. https://t.co/YhuU949Bgj

He finished with 30 points and 11 rebounds against Wake Forest in the 89-71 win and will now have 14 more games to beat Parker’s record of most double-doubles by a freshman. The Blue Devils next play at Miami on Monday.