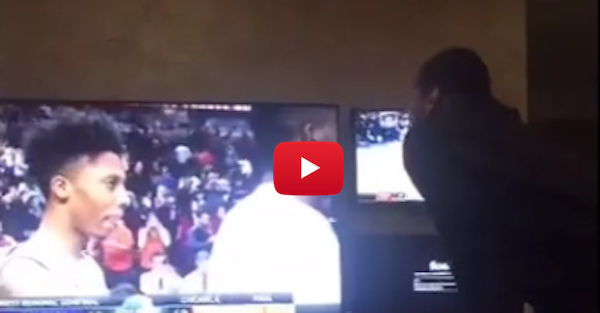 Carmelo Anthony may have only been at Syracuse for one season, but he won a national title in that glorious 2002-03 season on his way to becoming the third overall pick in that NBA Draft. He bleeds orange and you better believe he was rooting for Syracuse in their Sweet 16 game against Gonzaga.

Late in the game when Syracuse was mounting a huge comeback, Melo totally lost it and went complete DJ Khaled on everyone.

The team must have heard him because the Orange came out with the 63-60 victory and will face Virginia on Sunday for a chance to go to the Final Four. That’s a major key.