Memphis player does his best Vince Carter impression, gets T’d up 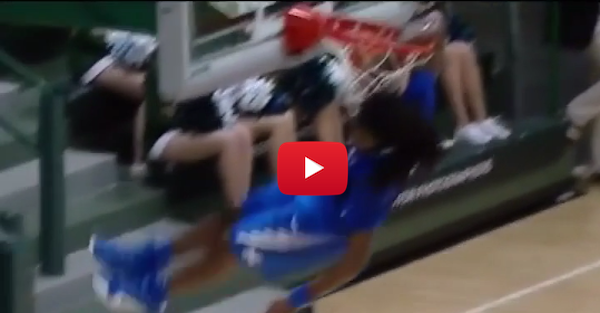 Memphis forward Shaq Goodwin had a wide open dunk against Tulane and took full advantage with this Vince Carter-like dunk.

For those asking, here's the video of Shaq Goodwin and his reaction: pic.twitter.com/OY5baFLVt8

When are we going to let kids be kids and have some fun playing the game? For a lot of these student-athletes this is their last chance at competing at a high level and they deserve to enjoy it. He had a wide open dunk and no one was trying to stop him. What’s he supposed to do? Jump stop and lay up the ball with two hands? If you don’t want him to dunk that ball then have someone foul him or contest the fastbreak.

Tulane ended up winning anyway though 94-87.