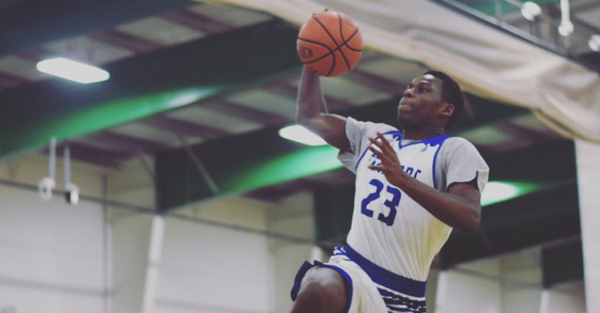 Four-star shooting guard Montez Mathis has quite a few schools trying to land him, but he has narrowed down his list of schools to eight. He’s got one major blue blood after him in Kansas, but has some other intriguing options as well:

My #Top8 🙏🏾 Four-star SG Montez Mathis has cut his list of schools to eight. Who made the cut? | Story: https://t.co/tFVHavdjbN… pic.twitter.com/8GdVvUHCWS

He’s also got Xavier, Rutgers, UConn, Virginia Tech, Texas A&M, Missouri and Western Kentucky on his list. The Hilltoppers have landed a top 10 recruit in this year’s class so don’t count them out despite them being a Group of 5 school.

The 6’4″, 190-pound guard is the No. 13 shooting guard in the country and No. 67 overall player according to Rivals. The Bel Air, Maryland native said he would narrow down his list to five after the summer as well when he finishes up his AAU circuit.