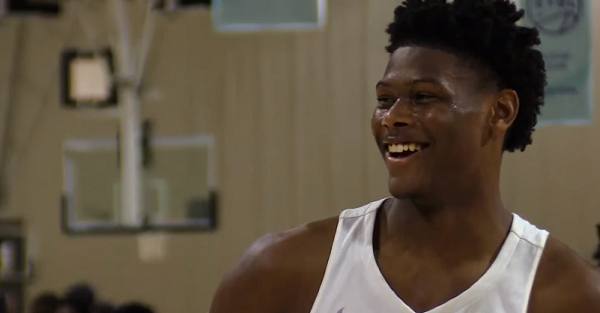 Five-star small forward Cameron Reddish is the No. 3 overall recruit in the country for the class of 2018 according to ESPN. And after dropping his top five schools list back in July, Reddish has made his decision as he’ll be headed to Duke:

The 6-foot-7, 203-pound forward was down to Duke, UConn, Kentucky, UCLA and Villanova. Obviously he chose the Blue Devils and will bolster their class significantly. He easily becomes their highest ranked recruit in the class and could start a domino effect for them heading into the fall. They’ve already landed five-star point guard Tre Jones — brother of Tyus — so this class is already starting to look stacked.