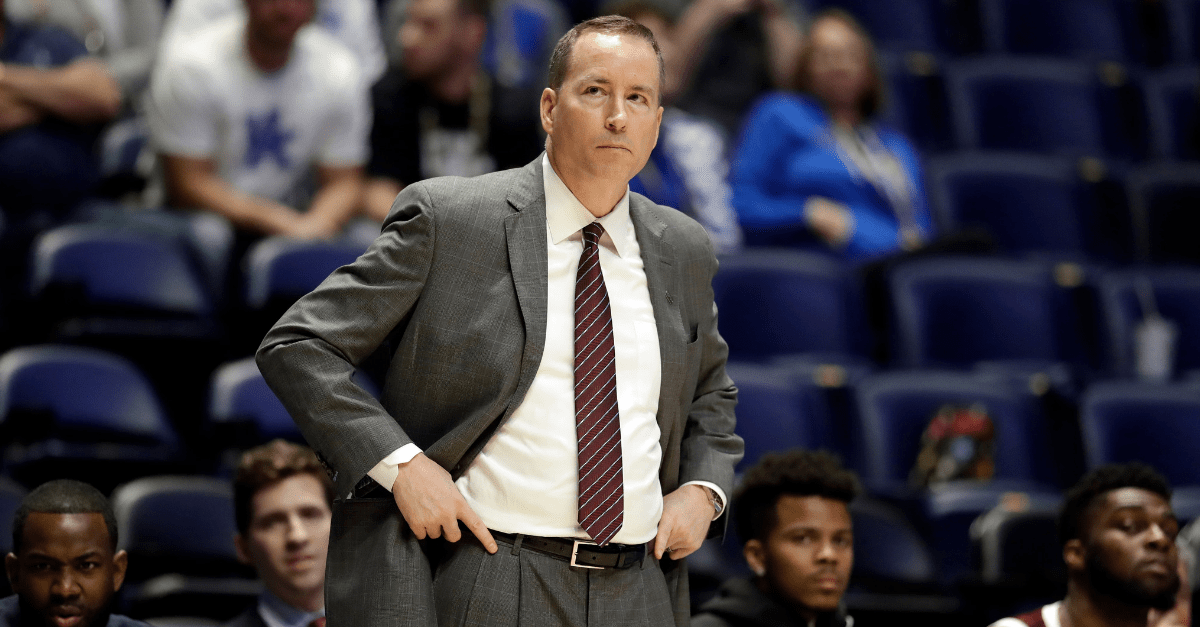 After losing to the Mississippi State in the second round of the SEC Tournament, Texas A&M ended its up-and-down season just like it started. The Aggies finished the regular season with a two-loss skid, beat Vanderbilt in the first round, and then got smoked by the Bulldogs, 80-54, at Bridgestone Arena in Nashville.

So, of course, after a disappointing season, the next topic of discussion became: will Texas A&M keep head coach Billy Kennedy? That answer is no because the Aggies quickly decided to part ways with him after eight seasons.

Director of Athletics Scott Woodward has announced that Billy Kennedy will not return as head coach of the men's basketball team.

Billy Kennedy?s tenure in College Station has not been all bad. After all, he does have a winning overall record and had some postseason success.

Kennedy ends his roller-coaster run at Texas A&M with a 150-115 record, which included two trips to the NCAA Tournament’s Sweet 16. One could argue that he earned the $2.5 million he made per year.

It wasn?t that Kennedy was a bad coach. It?s just that his offensive strategy for this season was a disaster. The plan to run a Golden State Warrior or Houston Rockets-type of offense with a fast pace and 3-point shooting did not materialize. The shooting was poor — streaky at best — and the Aggies could not keep their guards healthy. Although Savion Flagg stepped up and played extremely well down the stretch, losing TJ Starks to a shoulder injury really hurt their rotation.

Can’t help but wonder how we’d be if Davis and Hogg had returned and Gilder had been healthy…we battled hard this year and the future looks bright. Gig em 👍🏻

The Aggies were really inconsistent this season and it was difficult to predict what type of shooting night they were going to have. Coach Kennedy did the best he could with what he had in what now appears to be a rebuilding year. The one bright spot to note is that the team always played hard for Kennedy. They never quit, even when the season seemed lost.

According to reports, Texas A&M has identified a potential replacement already. The Aggies are reportedly looking at Virginia Tech coach Buzz Williams. Not only is he a Texas A&M Alum, but he is also a former assistant coach at the university back in 2004.