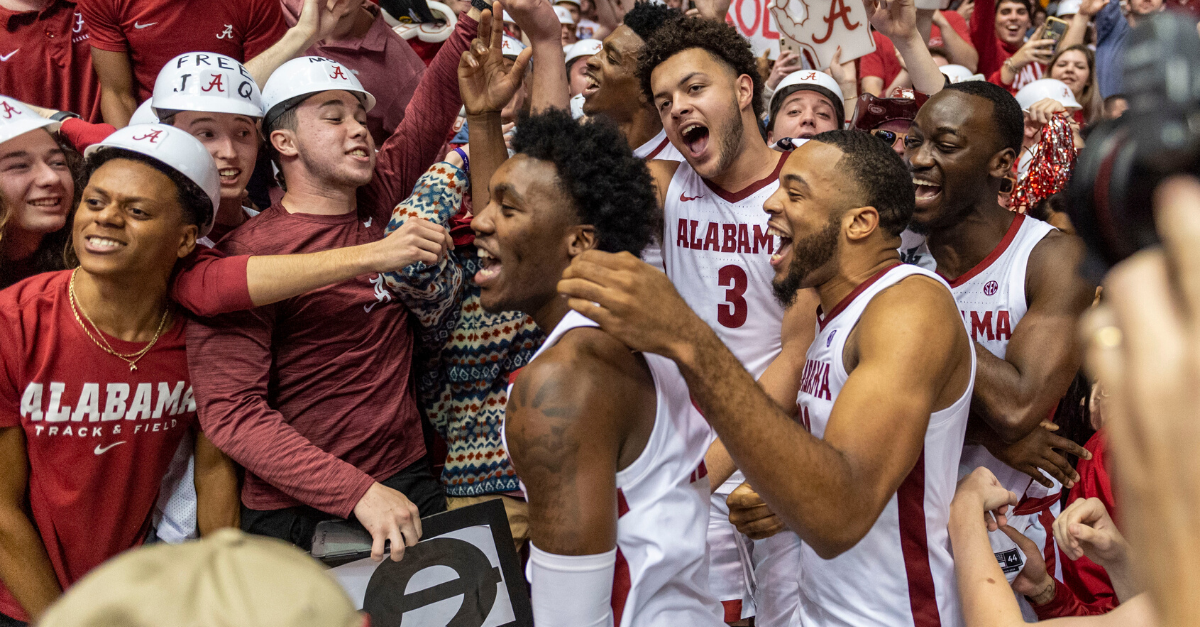 TUSCALOOSA, Ala. (AP) — Nate Oats and Alabama had two achievements to celebrate: a huge win and knocking rival Auburn from the dwindling ranks of the unbeaten.

Kira Lewis Jr. scored 25 points and the Crimson Tide easily handled the fourth-ranked Tigers with an 83-64 rout on Wednesday night.

“We’ve been needing this signature win,” said Oats, the Tide’s first-year coach. “We were close a few times. If we’re going to make a run and try to play in the NCAA Tournament, you’ve got to get these signature wins.

“It’s good to get that monkey off our back.”

All the better when it comes against your much-hyped in-state rival.

“To be able to beat a good team in Alabama on their floor you’ve got to be very good, and we didn’t even come close,” Auburn coach Bruce Pearl said.

Lewis scored 17 points in the second half for Alabama. He was 8 of 14 from the field and made 8 of 9 free throws.

Herbert Jones had 14 points and 12 rebounds. Alex Reese scored 13 points and James Bolden had 11 for the Tide.

Auburn, which had won 27 of 28 games dating back to last season’s Final Four run, gave up a season high in points while scoring its season low.

Anfernee McLemore's favorite place to play in the SEC outside of Auburn Arena? At Alabama in Tuscaloosa.

"I like the look of disappointment on their faces when we win."

Auburn closed within 50-47 on back-to-back 3-pointers from Johnson midway through the second half, but the comeback attempt fizzled from there.

Alabama had some bulletin board material after Auburn’s Anfernee McLemore said before the season that Coleman Coliseum was one of his favorite places to play because “I like seeing all the fans disappointed when we win.”

“Of course we used it as motivation,” Jones said, “an opposing player saying our gym was his favorite place to play.”

Nate Oats said Anfernee McLemore's comments from the preseason were on a screen and were the last thing the players saw as they left the locker room.

Added Oats: “We made sure that quote was on the screen, the last thing they saw before they went out.”

“They did a good job contesting shots at the rim,” Wiley said. “We didn’t finish good at all tonight.”

Alabama: Has won seven of its last 10 games after starting 0-2 against ranked teams. The Tide gave the fans a huge reason to cheer in the first season for Oats, who said it might have been his team’s best defensive performance.

Auburn’s leading scorer, Samir Doughty, failed to score for nearly the first 23 minutes and wound up fouling out. He missed his first seven shots with six turnovers before hitting a basket with 17:10 left. Doughty finished with six points, 10 below his average, on 2-of-11 shooting.

The teams were whistled for a combined 54 fouls. Auburn point guard J’Von McCormick also fouled out. Alabama made the Tigers pay with a 29-of-37 foul shooting performance.