The Aggies Are Great With Chennedy Carter, But Only Good Without Her 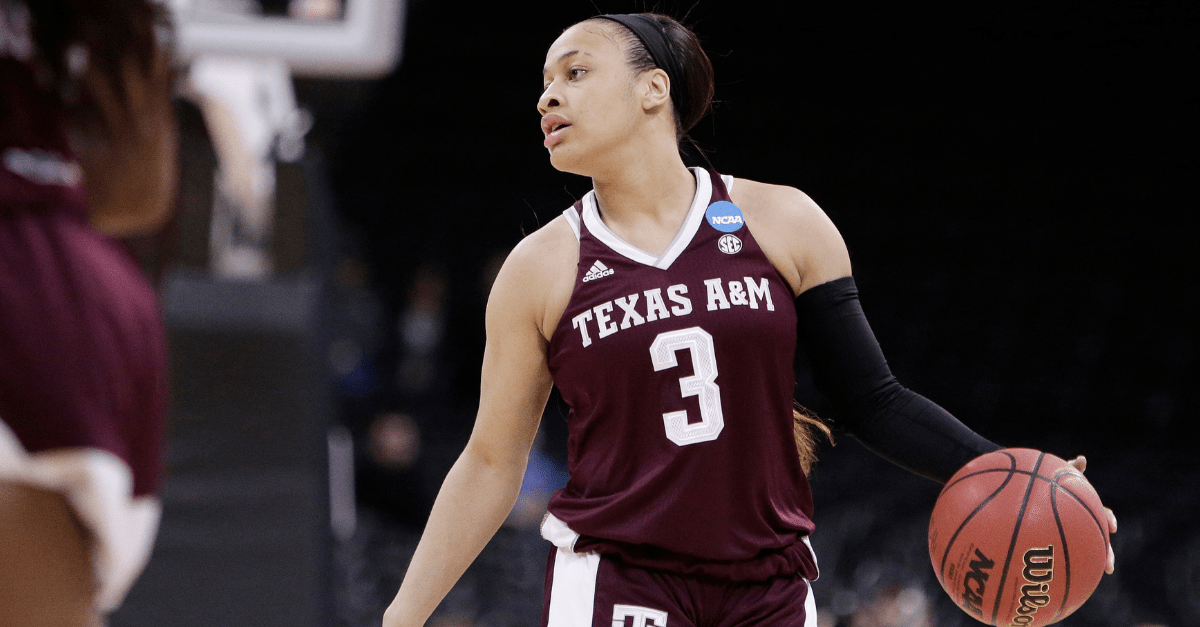 When the Texas A&M Aggies learned star point Chennedy Carter suffered a fracture on her right pinky finger during the final regular season game against Arkansas, as one would imagine, fans everywhere held their breath.

After all, Carter is not only the leading scorer on the team, but she is also the leading scorer in the Southeastern Conference. She averaged 22.5 points, 4.5 rebounds and 3.5 assists during the regular season and, most importantly, she?s the closer in tight games for the Aggies.

Just another week for @ChennedyCarter 😌

Fortunately, the Aggies had earned a double-bye with their 23-6 overall record, but, sadly, Carter would not make it back for the SEC Tournament. She started her rehabilitation over the weekend and will be evaluated again next week.

The plan at this point is to have Carter ready to go for the NCAA Tournament to help the Aggies make a push for a national championship.

Even though @ChennedyCarter won’t be playing in Greenville, she’s still doing her best to catch a piece of the action from the sidelines 😂#SECWBB | #aggieATMosphere pic.twitter.com/OXOqErTlQg

While it is unfortunate for Carter to have been injured, there are some bright sides to consider:

1.  The Injury Could Have Been A Lot Worse

Thankfully, Carter didn’t fully break her hand, wrist, or one of her lower extremities that would have made it impossible for her to return to action this season.

2. Carter Can Recharge for the NCAA Tournament

Carter has a lot of minutes and miles on those legs this season. A 10-to-12-day break may be just the thing she needs to regain her wind and strength that will be needed against the stiffer competition in the NCAA Tournament.

3. Other Players Have the Opportunity to Step Up

With Carter averaging over 20 points per game, that?s a lot of buckets to make up for. Aggies guard Kayla Wells is a good replacement, but the team will have to learn how to close out games without Carter in the lineup.

Call on Kay 🗣️@kaylawells101 getting some late scores. Aggies trying to hold on to the late lead with just over three minutes to play.

The Aggies had a great test study to figure out what they need to work in her absence with the Auburn Tigers and the Arkansas Razorbacks. The Aggies even took down Auburn with and without Carter in the lineup.

With Carter, Texas A&M beat Arkansas 66-53 in their last game of the regular season. Without her, the Aggies lost in the SEC Tournament. And not only did they lose, they were out-scored 20-6 in the fourth quarter and only lost by seven points.

You still much give the Aggies credit for how well they played, but fourth quarter is the closing time where Carter would have the ball. This game was lost in the end, so we know that the team can still ball without her.

The bottom line is that if the Aggies are going to go far on the national stage, they need Chennedy Carter back.