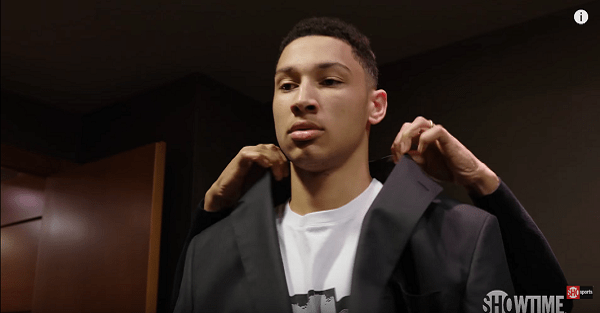 There are quite a few things wrong with the “one-and-done” culture in college basketball and a new documentary on Ben Simmons’ rise through the 2015-16 season highlights all of it. SHOWTIME Sports released a preview of that documentary and on it Simmons clearly talks about how he was not going to class.

Not only was he skipping classes, but he did it enough to not even make the Wooden Award finalist list — which requires at least a 2.0 GPA — and LSU didn’t seem to care about it all. It’s the school’s responsibility to make sure he is going to class and when the administration shows it doesn’t care whether he goes or not, why should he?

Maybe Simmons should have just been allowed to go to the draft straight out of high school to avoid this kind of mess. Regardless, the documentary will air November 4th and you can come to your own conclusions.