No. 2 player in the country Zion Williamson throws down insane dunk mid-game 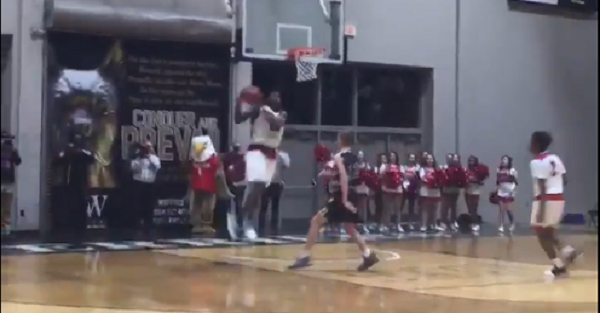 Zion Williamson is the No. 2 player in the country only behind big man Marvin Bagley, but he’s definitely making his case to be the top ranked player after an insane in-game game that left the crowd speechless. He pulled off a windmill 360 dunk and there may not be a better in-game dunk the rest of the season:

Zion Williamson is no longer playing around. pic.twitter.com/I45UWXbJkR

RELATED: Zion Williamson takes a visit to the most unlikely school

Williamson recently took an unofficial visit to Wofford since it was the first school to offer a scholarship to him. However, he has the big dogs on him now with Duke, UNC, Kansas, Kentucky and many others trying to land him in the 2018 cycle. The 6’7″, 220-pound is the top small forward in the class according to 247Sports and also has Clemson high on his list since he’s a South Carolina native.