No surprise: UNC-Duke was most watched game of the season 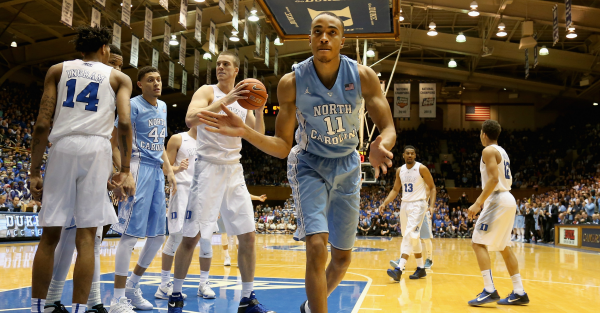 There’s a reason why North Carolina and Duke is believed to be the biggest rivalry in sports. The two always generate ratings and none better this season than from the game on Saturday. ESPN public relations released some stats showing the highest viewed games this season and that was at the top with 3,174,000 average viewers for a game that tipped off at 6:30 rather than the usual 9:00 p.m.

A lot of people were wondering why this rivalry game would get moved up from a primetime spot, but it seems ESPN knows what it’s doing.