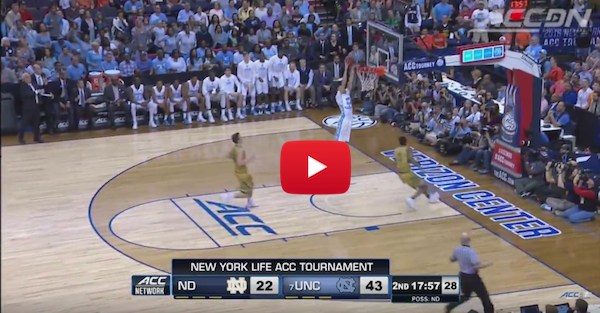 The Tar Heels had five players in double-digit scoring led by Marcus Paige’s 16 points and seven assists. Joel Berry had 12 points, Justin Jackson had 11 and Brice Johnson had 12 points and seven boards. Isaiah Hicks had 11 points and 15 rebounds off the bench as well to give North Carolina a huge boost as they head into the ACC Finals against the winner of Virginia and Miami.