The Oklahoma basketball and football teams just made history 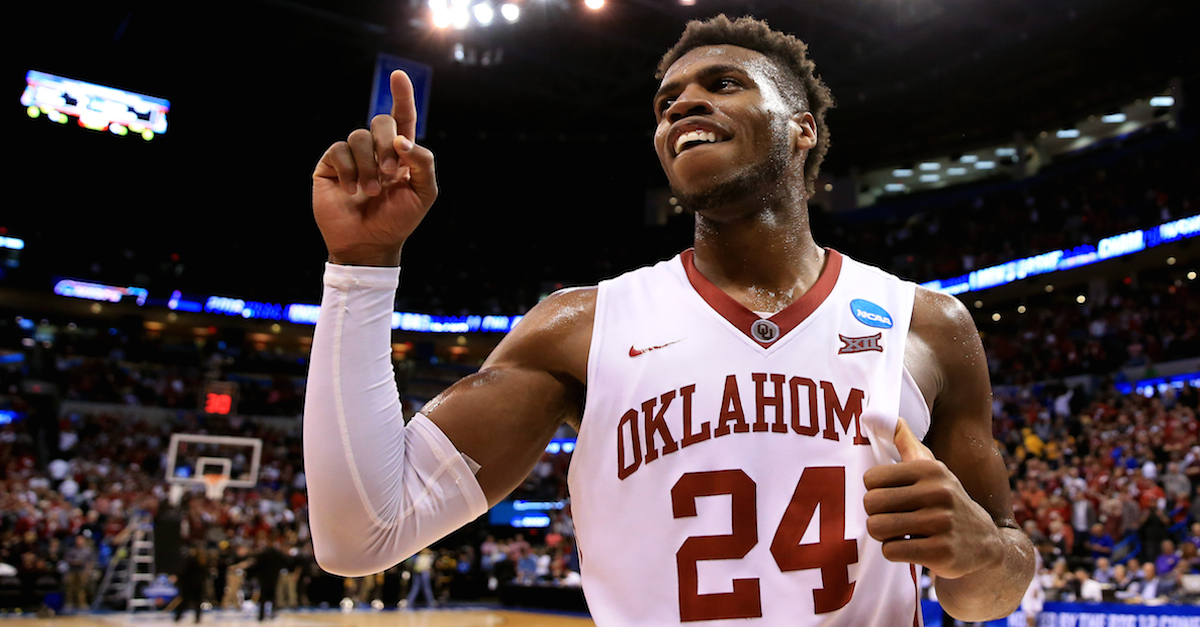 OKLAHOMA CITY, OK - MARCH 20: Buddy Hield #24 of the Oklahoma Sooners celebrates after defeating the Virginia Commonwealth Rams with a score of 81 to 85 during the second round of the 2016 NCAA Men's Basketball Tournament at Chesapeake Energy Arena on March 20, 2016 in Oklahoma City, Oklahoma. (Photo by Tom Pennington/Getty Images)

It was a pretty good weekend for Oklahoma Sooner fans across the country. The two-seeded Oklahoma basketball team clinched a trip to the Final Four of the 2016 NCAA Basketball Tournament with an 80-68 victory over the top-seeded Oregon Ducks on Saturday night. Although we are still very early in the year 2016, with the victory, the basketball team and OU football team made a little history of their own.

Oklahoma now has the bragging rights to say it is the first program ever to make both the CFB playoff and the Final Four in the same season. The OU football team clinched a trip to the CFP Semifinal in the Orange Bowl in January, where they wound up losing to No. 1 Clemson 37-17.

It’s obviously very early in the CFP’s history, but still pretty cool that these two Oklahoma teams can make this claim of postseason success.