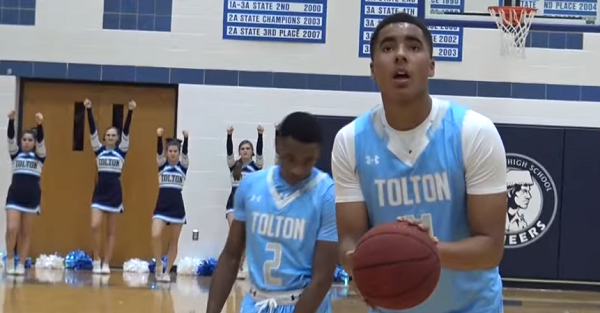 Missouri is already being projected to have one of the greatest turnarounds in college basketball thanks to the addition of point guard Blake Harris and the nation’s top recruit in Michael Porter Jr. However, the Tigers could be getting even better should Porter’s younger brother Jontay reclassify.

Jontay Porter confirms reclassification to 2017 still a possibility. Will take official visit to #Mizzou next Monday.

It’s widely believed that Jontay would not commit anywhere other than Missouri since not only is his brother there, but his dad is an assistant coach under Cuonzo Martin as well. The younger Porter brother is rated as a four-star recruit and the top recruit in the state of Washington according to ESPN. The 6’10”, 240-pounder would make the Tigers a formidable and give them quite the frontcourt pairing with his brother.