The Varsity Inn, one of those little cozy podunk bars that Barrett said could have been used as "an air raid bunker" in East Lansing, Michigan. The kind of bar that has trivia on Wednesday nights and the cheapest beer around.

Barrett, a struggling singer who had performed a set there that night, was one of the last ones there, sipping said beer one night in 1986. He was watching Larry Bird do Larry Bird-like things on TV when "the most beautiful waitress in Michigan" sat next to him, leaving Barrett to ramble on about the sport he loved so much.

"Larry Bird was using somebody like soap that night," Barrett recalled. "Only thing I could think of was to try and describe what Larry Bird was doing to this young lady and essentially try to explain to her the poetry of basketball...It didn't interest her. She wandered away into the darkness."

Afterward, Barrett grabbed a napkin and wrote down three little words that would change his life forever: 'One Shining Moment.'

Thirty-six years later, "One Shining Moment" is now 162 words that have produced endless memories as the song played at the conclusion of each NCAA Tournament. It's the most well-known and celebrated song in sports, standing the test of time as a true classic.

You would have never heard of David Barrett or been blessed by "One Shining Moment" if not for a ton of luck, and friends, along the way.

How "One Shining Moment" Was Written 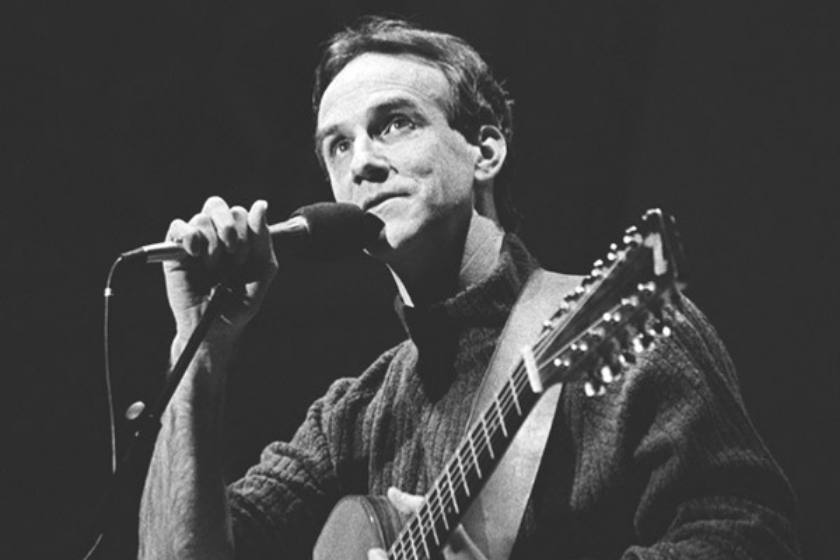 How the song came together is really a story about friendship and the people who helped along the way.

After that night at the bar, Barrett woke up in the morning to have brunch with a friend. He was late. So Barrett did what any musician did and grabbed napkin after napkin, writing the lyrics to his new song.

Later that day, he went home to his apartment in Haslett, Michigan, sat his 6-foot-3 frame down in a chair and wrote the full version on his piano in 20-30 minutes.

He sent it to a friend who was a musical engineer, but he had no one to send it to once it was finished. As a struggling songwriter, he never really intended to, either.

"Unless you're Carly Simon or someone, the world doesn't throw out a welcome mat."

That was until a friend named Debbie called him out of the blue from Texas, asking what he was up to and if he could send her some of his songs. She called him a week or two later and told him she loved them but was caught off-guard by "One Shining Moment."

Debbie told Barrett that she had come into a little bit of money and wanted him to record the songs. Barrett replied that he wasn't "really feeling it." She insisted. So he did.

A Sportswriter He Knew Sent the Song to CBS 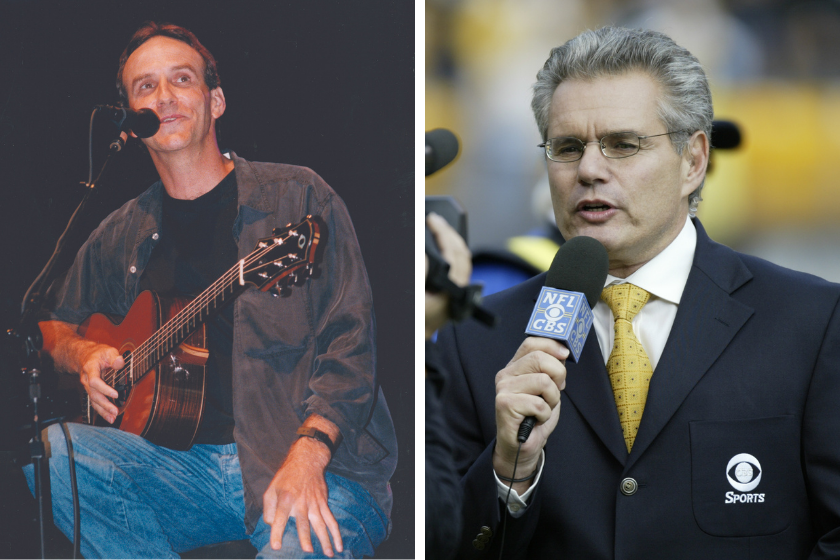 Barrett was in New York City staying with a friend, Armen Keteyian, the same year in 1986. Keteyian was a sportswriter for Sports Illustrated at the time.

They were on the couch watching the Boston Celtics play the Houston Rockets when Barrett said he had written a song. Keteyian told him if he ever recorded it to send it his way. Of course, Barrett did.

Keteyian knew someone at CBS and didn't tell Barrett he had sent it to the network.

Some six months later, Barrett received a call after finishing up a recreation league basketball game. He thought it was a prank call from one of his teammates. It was CBS Sports Creative Director Doug Towey.

"He said, 'Hi, I'm Doug Towey from CBS and we're really interested in your song [One Shining Moment],'" Barrett recalled. "I said, 'shut up!' and I have a friend named Tommy so I said, 'Tommy, it's not funny.'"

It took some convincing, but Barrett finally believed him.

The funny thing was that "One Shining Moment" was originally supposed to be used for the Super Bowl, not the NCAA Tournament.

The Song Was Originally Meant For the Super Bowl 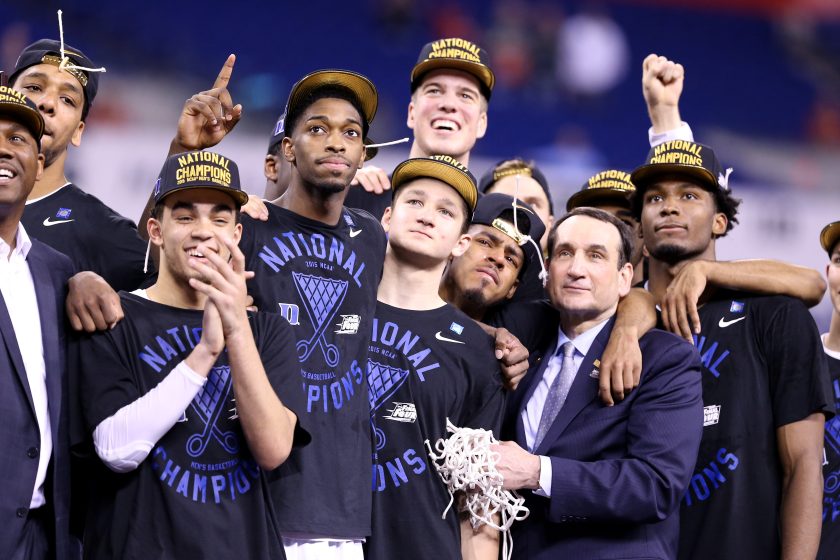 Well, one of the original versions Barrett wrote began with "the gun goes off." In the song's early form, Barrett saw it for the Olympics if necessary.

Towey approached Barrett about the idea of using the song for the Super Bowl using "the gun goes off" as the first line. However, as the NFL's premier game came and went, the song wasn't played for logistical reasons.

Towey called him a few days later and told him not to worry, because CBS wanted to use the song come March Madness. The network aired the song for the first time after the 1987 tournament.

Barrett's version of the song was used until 1994, when the first of many famous voices recorded it.

The Evolution & Voices of "One Shining Moment" 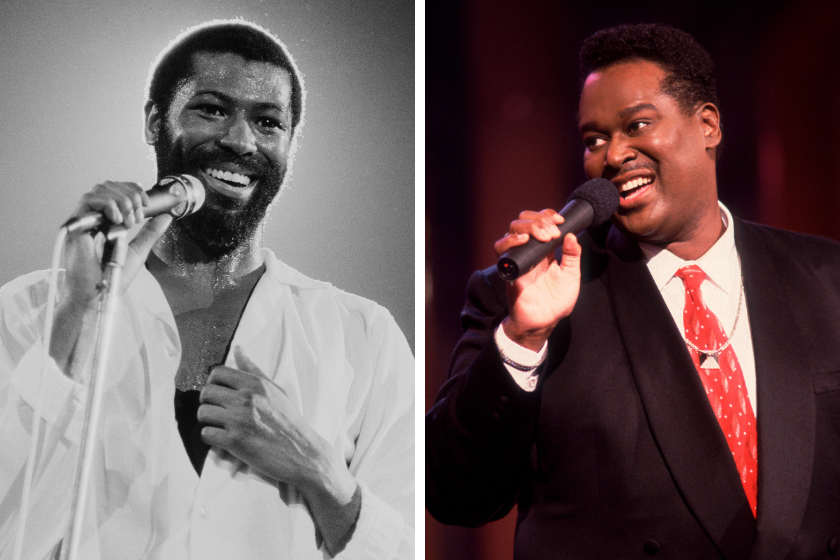 Unsurprisingly, many famous singers have wanted a piece of it.

Teddy Pendergrass, who was nominated for five Grammy Awards during his career, recorded a version used from 1994-99. The most famous version, and the one used to this day, is the Luther Vandross version. CBS used versions from Ne-Yo in 2016 and Jennifer Hudson in 2010, though the latter was met with criticism because the video showed footage of Hudson singing.

Barrett wasn't able to be in the studio when Vandross recorded it (because Towey told him out of the blue he'd be recording it the following day), but he was in the studio with Hudson in Los Angeles.

"I'm honored they would lend their voices to my words," Barrett said.

"One Shining Moment" has evolved over the past three-plus decades.

It's been passed down from generation to generation. It's made its way to TikTok, the popular social media app where viral dance trends originate.

"To see it become generational, that's a great way of putting it. It's a miracle, actually, the chances of that are beyond calculation," Barrett said. "I've come to trust the song. The song knew what it wanted."

"One Shining Moment" in the Women's Tournament? 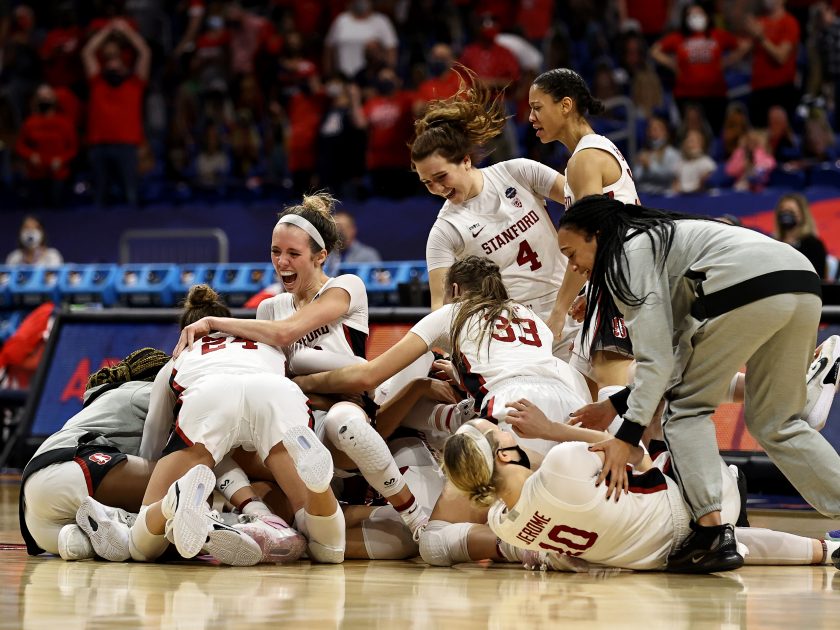 The NCAA Women's Basketball Tournament has no iconic song. Sure, it has a video montage, but the lack of a memorable anthem like the men's tournament is just another example of the disparities between the two sports.

After last year's tournament, many female college basketball players from the tournament began a trend on social media. They'd share a highlight video with hashtags like #OurShiningMoment and #OurFairShot.

I asked David Barrett, and he's all for the women having "One Shining Moment" wrap up their tournament.

"I would love that. Jennifer Hudson would be the first call. I have two daughters. They were both athletes. It means a lot to these young ladies. I get approached all the time about using it for highlight reels. It matters to them. That's more of a contractual thing, because ESPN broadcasts the women's side," Barrett said.

What is David Barrett Doing Now? 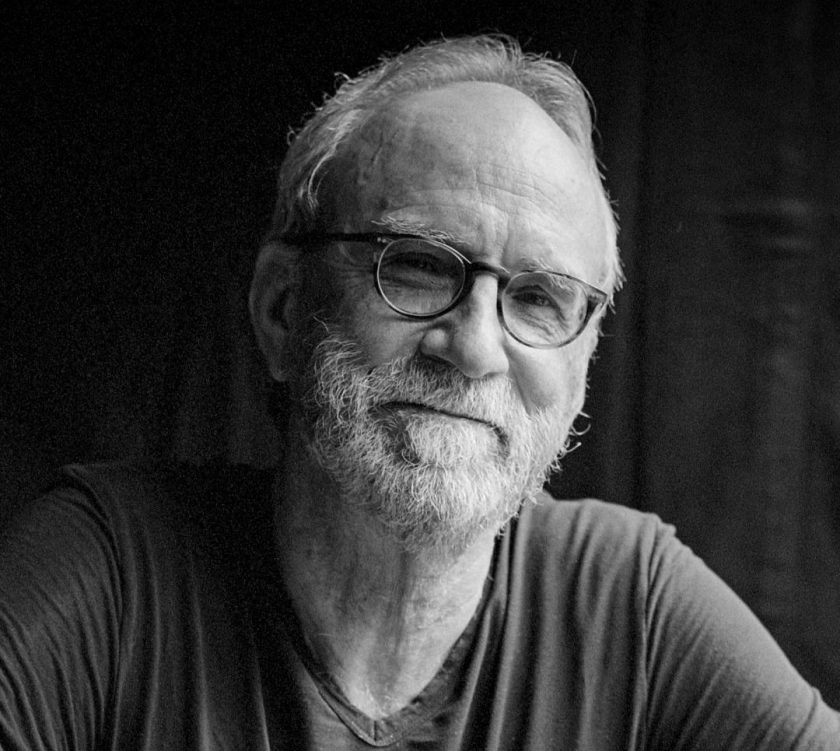 "One Shining Moment" opened many doors for Barrett, who is still writing music.

He's composed for the Olympics, the U.S. Tennis Open, for ABC and the CBC. He won a silver medal at the New York Film Festival for a hip-hop song in "Don't Cross that Line." He used to tour with Art Garfunkel from Simon & Garfunkel. He won an Emmy for scoring a PBS documentary on writer C.S. Lewis. He just recently finished a collection of acoustic guitar instrumentals for a vinyl album.

"I write music. It's like saying Don McLean didn't write anything other than 'American Pie.' He was blessed that the world all of a sudden said, 'Wow!' He was busy writing songs, as am I," Barrett said.

As the 2022 NCAA Division I Men's Basketball Tournament wraps up between a Final Four of Duke, North Carolina, Villanova and Kansas, fans eagerly await the cutting of nets and that beloved montage after the national championship game's final buzzer.

Luther Vandross' voice will play over millions of TVs across the world as "One Shining Moment" is played, and it all started with a little napkin at the Varsity Inn.