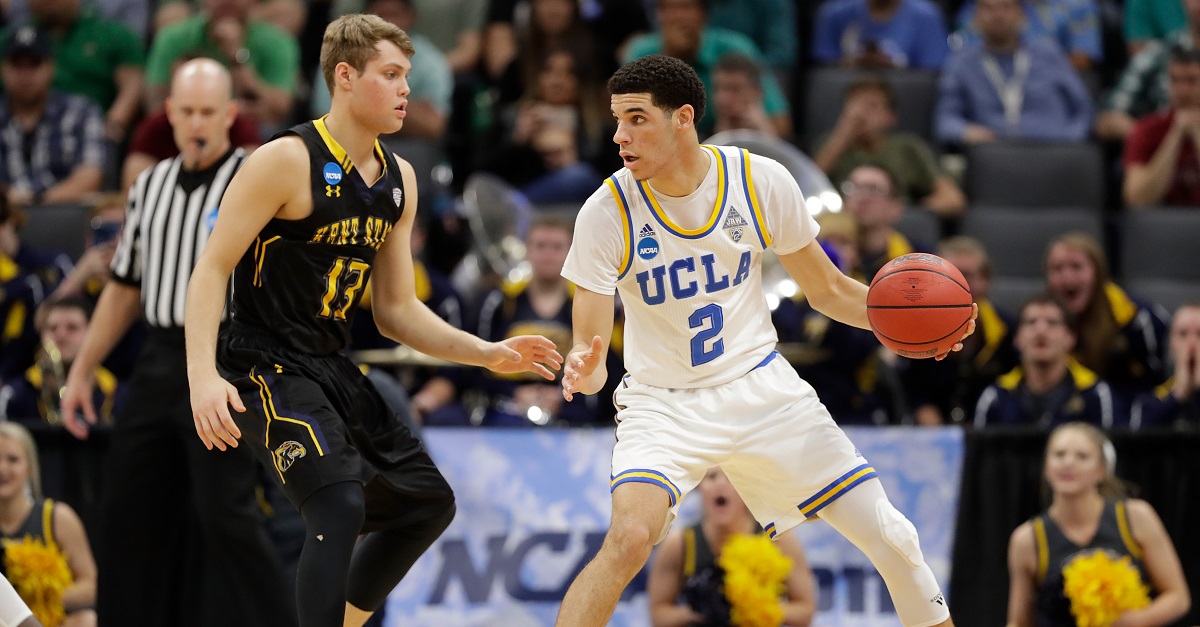 Former UCLA point guard Lonzo Ball is one of the most intriguing prospects in the NBA Draft, not only because he’s actually a great player but because he comes with serious baggage. Any team that drafts him also draft his dad and his horrible attitude and god-awful hot takes.

However, the likely top five pick does have one team completely “enamored” with him and it’s probably the one that makes the most sense. ESPN’s Chad Ford is reporting that the Los Angeles Lakers would love to take Ball, assuming he falls to them.

However, if the Lakers don’t get a top-three pick then they definitely won’t get him because they will be forced to give the pick to the Philadelphia 76ers as part of an earlier trade. Ball has said on a few occasions that he would love to join the Lakers and they could use him as he is a complete playmaker who averaged 14.6 points, 1.8 steals, 7.6 assists and six rebounds a game while shooting 41.2 percent from beyond the arc and 55.1 percent overall.