If high school recruiting services were around back in the late 70s/early 80s, there's no question that Patrick Ewing would have been a four to five star recruit. In addition to notching 22.7 points and pulling down 15 rebounds per game as a senior, the 7-foot center led Cambridge Rindge and Latin high school to three straight MIAA Division 1 State Championships. After taking a few college visits, Ewing decided that it was best for him to commit to the Georgetown Hoyas in 1981. If you go and analyze Ewing's collegiate career in the Big East, you'll see that he didn't make a mistake by choosing John Thompson as his mentor/coach.

Ewing graduated from Georgetown as a two-time Big East Player of the Year, three-time Consensus All-American, four-time Big East Defensive Player of the Year and most importantly, an NCAA champion. He was the first overall pick in the 1985 NBA Draft and immediately put in work with the New York Knicks, nearly averaging a double-double as a rookie. Unfortunately, the 75th Anniversary team member was never able to capture an NBA title, but he did reach the finals twice and appear in 11 All-Star games during his exceptional 17-year career. 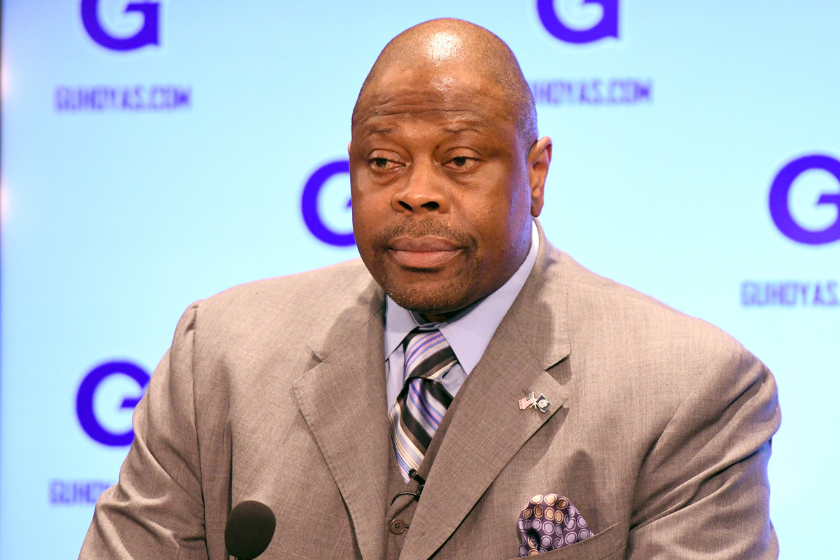 RELATED: Patrick Ewing's Net Worth Skyrocketed After He Cashed in on Sneakers

In 2017, Ewing opted to try his hand at coaching at his alma mater, which thrilled passionate Hoya fans who wanted the program to replicate the success they enjoyed 30-40 years ago. It seemed like a great hire at the time, but it's now difficult to determine if Ewing is capable of taking Georgetown's program to the next level.

At the conclusion of the 2018-19 season, there were legitimate reasons to be optimistic about the future of Georgetown basketball. In addition to James Akinjo and Mac McClung being set to petrify opposing backcourts for the next three years, Ewing had faith that Jamorko Pickett and Josh Leblanc Sr. would provide the Hoyas with consistent production on the perimeter/ in the low-post moving forward. Oh, and with Jessie Govan departing from Georgetown in the spring of 2019, Qudus Wahab was believed to be the long-term solution at center, while Omer Yurtseven was expected to hold down the fort at that position in 2019-20.

Just seven games into Ewing's third season with the program, however, Georgetown's promising young roster began to implode. Shortly after falling to UNC Greensboro at home, James Akinjo and Josh Leblanc Sr. decided to enter the transfer portal and leave the Hoyas without two of their prominent contributors. What happened next? Well, Ewing's crew proceeded to finish the year with a 15-17 overall record and drop their first Big East Tournament game by double-digits. Of course, COVID-19 made it challenging for college coaches to recruit during that particular offseason, but I'm sure Ewing was banking on retaining all of his key pieces from the previous year.

This time around, Ewing had to sit and watch as Mac McClung exited the program on May 13th, 2020. According to the electrifying 6-foot-2 guard, "It was a number of different events that made me feel I had no choice but to transfer from Georgetown. I really wanted to stay, but things throughout my career made me realize that I couldn't... I'm looking for a place I can call home. A place I can be a part of a family and help them succeed."

So, just like that, the Hoyas' exhilarating guard duo and energetic/high IQ forward were no longer members of the Georgetown family. Fortunately, Qudus Wahab, Jamorko Pickett and Jahvon Blair (experienced senior guard) returned to Washington, D.C. in 2020-21 and guided the Hoyas to their first Big East Tournament title since 2007. Yes, I understand that the Hoyas played inconsistent basketball for most of the year (they prevailed just nine times in 21 total regular-season contests), but from the average Georgetown fan's vantage point, the program appeared to suddenly rise from the dead after winning four consecutive Big East Tournament games.

After losing Wahab, Pickett and Blair in the spring/summer (one transfer, two college graduates), Georgetown followed up their unexpected, yet pleasant 2021 Big East Tournament run with a winless showing in conference play. Yep, that's right, the 2021-22 Hoyas are officially on the wrong side of history, as they are the only Georgetown squad to end a season without picking up a league victory.

Ewing has only racked up 26 Big East wins since the 2017-18 season, so you should understand why many supporters of the program are on the verge of taking their fandom elsewhere. Despite his struggles, Georgetown's athletic director, Lee Reed, has publicly voiced his support for Ewing to help shut down rumors of his firing. With that said, there are still plenty of questions floating around that are related to Ewing's ability to make Georgetown basketball exciting again. Needless to say, if things don't improve this current season, Ewing may be in serious trouble at the end of the year.