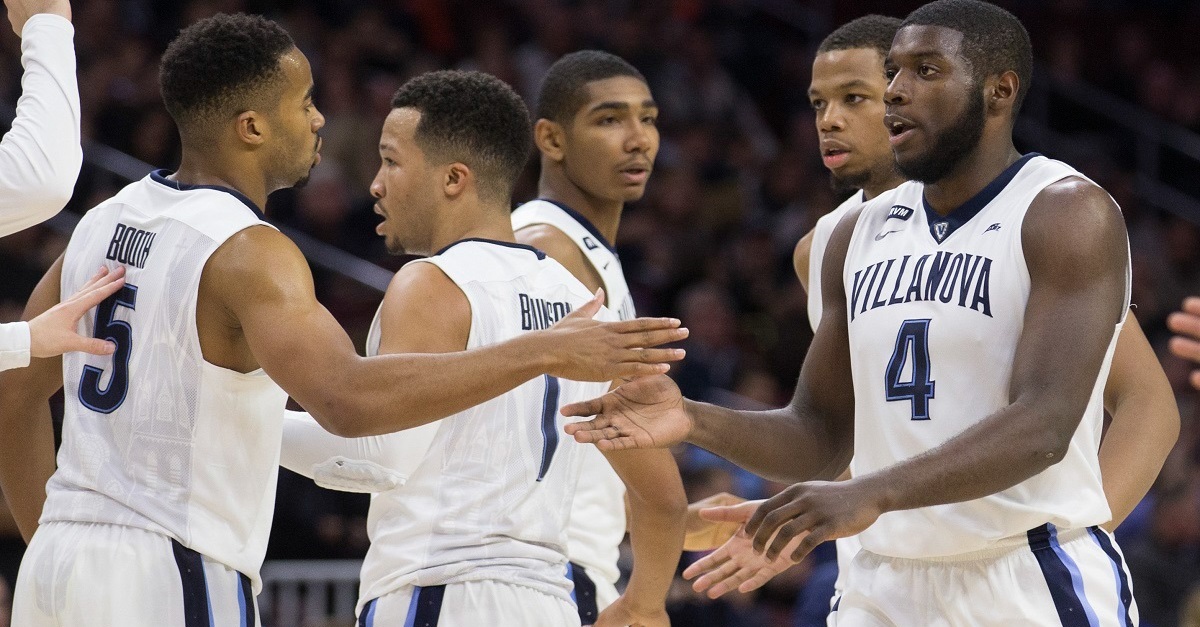 Mitchell Leff/Getty Images
PHILADELPHIA, PA - NOVEMBER 10: Phil Booth #5, Jalen Brunson #1, Jermaine Samuels #23, Omari Spellman #14, and Eric Paschall #4 of the Villanova Wildcats react after a timeout in the second half against the Columbia Lions at the Wells Fargo Center on November 10, 2017 in Philadelphia, Pennsylvania. The Villanova Wildcats defeated the Columbia Lions 75-60. (Photo by Mitchell Leff/Getty Images)

Villanova guard Phil Booth will be out indefinitely with a fractured bone in his right hand, the school announced on Wednesday afternoon.

Villanova announces Phil Booth out indefinitely with fractured bone in hand. Big blow to the Cats, who aren't very deep to start with, and to Booth, who missed all of last year with tendinitis.

The news regarding his injury is a tough blow as the team is rather thin at the position. Booth has had a solid season thus far after missing all but three games last season with tendinitis in his left knee. The junior was averaging a career-high 11.6 points, 3.3 rebounds, 3.2 assists and 1.2 steals in 20 games this season.

Booth is the third player on the roster to have suffered a hand fracture this season as Collin Gillespie and Jermaine Samuels each suffered the injury as well. Gillespie has since returned to action, but Samuels remains out with the injury.

The No. 1 Wildcats are 19-1 so far this season and will travel to play Marquette on Sunday.