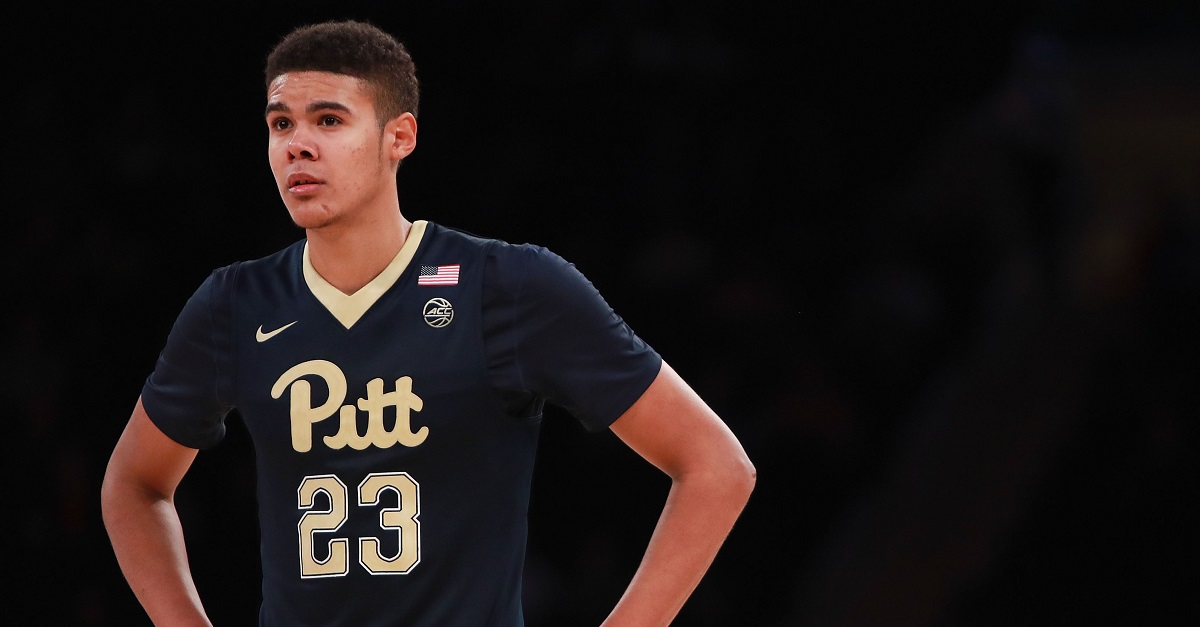 The recruitment of Pittsburgh graduate transfer Cam Johnson has been one of the more high-profile and most followed ones of the offseason. Since he has already graduated he should be eligible immediately wherever he goes except that coach Kevin Stallings and the university have put a restriction on ACC schools. Should he choose to go somewhere else in the conference he has to sit out a year despite having two years remaining of eligibility. It looks like that is becoming the case as he has chosen UNC:

Pitt grad transfer Cameron Johnson has committed to North Carolina, per a source. No word on waiver yet for next season.

Here is that letter from Cameron Johnson, in which he makes his case for a full release from University of Pittsburgh: pic.twitter.com/5tZSgA2aBC

He makes some very good points and noted that Pitt’s restrictions pretty much violated NCAA bylaw 14.6.1 which provides student-athletes, who have eligibility remaining, an exemption by permitting them to enroll in a graduate program at a new school playing immediately if a bachelor?s degree has already been completed. And in this case, it definitely has been.

Had the younger Johnson chosen any other school he could play right away and not worry about his two years of being eligible. But the 6’8″, 210-pound guard really liked UNC and what the Tar Heels can offer him in terms of playing time and exposure he’s hoping to get before the NBA Draft he decides to enter.

Johnson averaged 11.9 points a game while shooting 41.7 percent from three-point range and could be a better-shooting, less athletic Justin Jackson who the Tar Heels just lost to the NBA Draft.