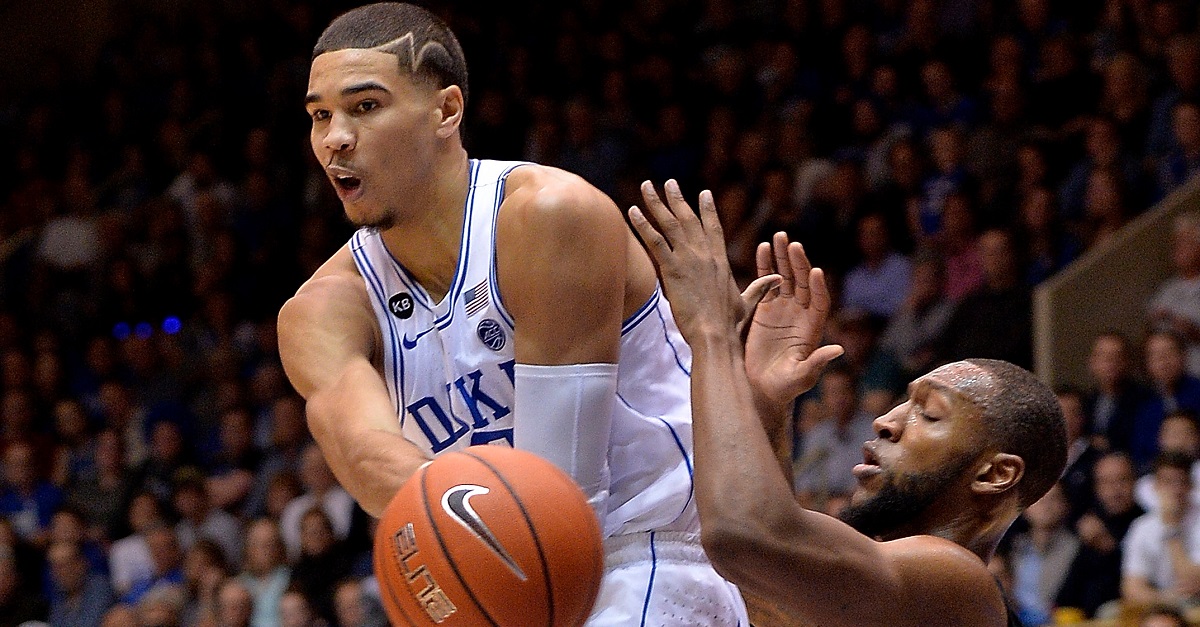 After Duke’s early exit from the NCAA tournament, forward Jayson Tatum announced he will enter the NBA Draft and sign with an agent.

Related: Coach K had a classy response after Duke?s loss to South Carolina

Tatum told Scout.com he is excited for the next phase of his career.

“It’s extremely exciting,” Tatum said. “It’s just another step closer to a lifelong dream that I’ve always had and it’s the next step and I’m happy to be taking it.”

The 6’8 forward scored 16.8 points and grabbed 7.3 rebounds per game this season for Duke. He said he wants to work on his physicality before entering the NBA.

“Going to the next level there’s so much you have to work on physically,” Tatum said. Physically, everything, extending my shot and being more consistent.”

Tatum is projected as a top-five pick in the upcoming NBA draft. Draft Express has Tatum listed as the No. 4 overall player.