President Obama might have the most boring bracket ever 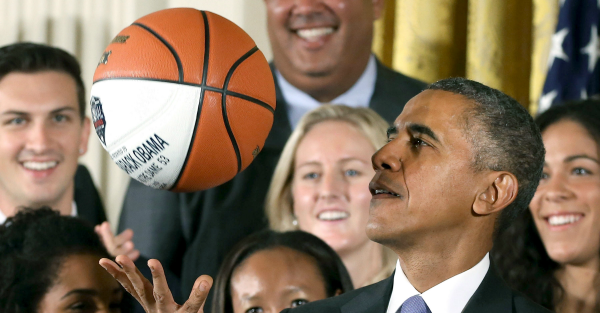 It has become a tradition for President Barack Obama to let ESPN into the White House and watch him go through his March Madness bracket. This will be his last time doing it and it looks like decided it would be his safest too with a ton of top seeds making it through the bracket.

He has Kansas winning the whole thing — like most people — and has them beating the Tar Heels. There aren’t really many upsets except for Duke beating Oregon and Texas A&M beating Oklahoma in the Sweet 16. Obama has not gotten the winner right since his first time doing the bracket in 2009 when he correctly picked UNC to win it all. Check out his entire bracket below and see for yourself how many safety picks he went with: