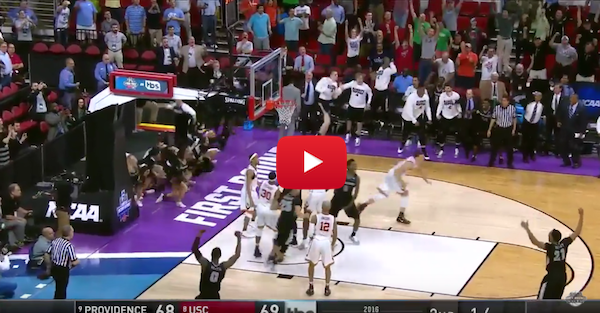 Providence got a prayer answered late Thursday night when they pulled of an incredible comeback against USC in the 8-9 seed matchup in Raleigh. Providence was down by double-digits late in the second half, but hit a couple of quick threes to get them back into the game.

The Friars eventually won 70-69 thanks to a broken inbounds play where no Trojan picked up Rodney Bullock and he got the go-ahead layup with 1.4 seconds left on the clock. USC heaved a shot at the buzzer, but it clanked off the backboard to give coach Ed Cooley and the Friars their first NCAA Tournament win since 1997 when they went to the Elite Eight.