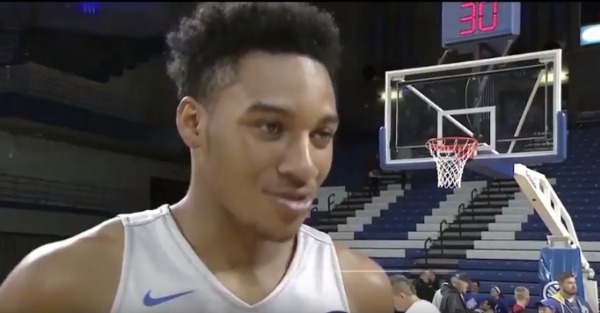 A college basketball player is being held in jail on several charges after authorities alleged he tried to strangled a female acquaintance, according to the Buffalo News.

McKinzie is being held without bail, according to  the News.

Buffalo University, in a statement, said McKinzie has been indefinitely suspended from the team.

McKinzie, a sophomore, is a 6’8, 195 pound forward who was a three-star prospect coming out of high school. He had several scholarship offfers,  appeared in 17 games last season as a freshman, but a concussion and a broken hand limited his action. According to the University of Buffalo athletic site, McKinzie was the ninth-best player coming out of North Carolina and the No. 48-ranked power forward, as per 247Sports.