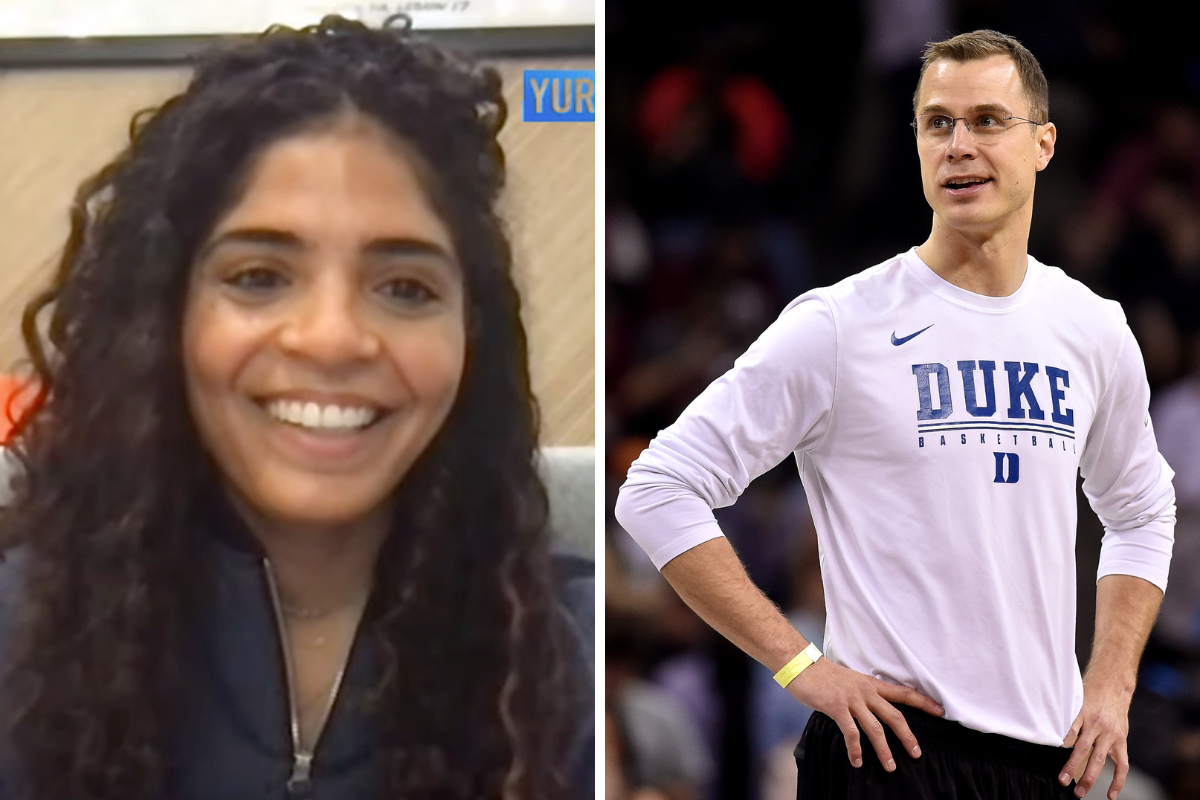 What do the Notre Dame Fighting Irish, Dallas Cowboys, Los Angeles Lakers and New York Yankees have in common? They’re teams that transcend their sport.

Travel anywhere in the country and you’ll find fans and haters alike – an ambivalent opinion isn’t in the cards. And for college basketball’s biggest brand, the Duke Blue Devils, there may not be a team in American sports that draws more wide-ranging opinions. The main reason? Head coach Mike Krzyzewski.

Undoubtedly one of the greatest coaches ever, Coach K transformed Duke from a lowly program into a national powerhouse by bringing five national championships, 13 Final Four appearances and 29 total ACC titles to Durham. In the process, K became the Darth Vader behind Duke’s empire. Krzyzewski built several Death Stars in his 42 years at the helm — separating Duke from its peers in terms of innovation.

🚨 Our new General Manager is official! 🚨

Take Rachel Baker for instance. This past June, the Duke men’s basketball program hired Baker as their general manager. You read that correctly, a college basketball team has a GM. Amateur sports are a beautiful thing.

Anyway, what does being a GM in college basketball even mean? According to a press release from Duke, Baker’s duties include “helping players enhance their personal and professional skill sets, capitalize on strategic partnerships, including NIL opportunities, and work to support players in navigating the opportunities and challenges that come with being a student-athlete at the highest level.”

Baker is the agent representing all Duke players is what I’m gathering. With some career development coach stuff mixed in there, too. It’s as if your college advisor can broker business deals for you. In the new world of NIL and conference realignment, Duke is getting ahead of the curve. And in reality, Duke is the only college basketball program in the country that needs this position. Sure, Kentucky, North Carolina, UCLA, Kansas and Michigan State are blue bloods, but none have the brand power Duke has. Playing at Duke now is playing for a pro team. Of course, NIL deals are sweet cash, and suiting up for Duke can land players big bucks while they’re in college, but the exposure of playing at Duke builds future superstars. Look at Jayson Tatum and especially Zion Williamson — and they played during the pre-NIL days. All this is to say Duke is run like an NBA franchise now.

So, what gives Baker the credentials?

A sign of the times: Duke has hired a General Manager, Rachel Baker, specializing in NIL.

The former Nike and NBA exec is set to transform the way men's basketball players market themselves.@achristovichh has more ⤵️https://t.co/ArlWU7O2ee

Baker has proven her business acumen at all levels of basketball. She spent eight years at Nike leading the grassroots partnerships and event strategy for Nike’s Elite Youth Basketball League (EYBL), the cream of the crop of the AAU circuit. She also spent time managing strategic plans for NBA star Kevin Durant’s shoe line. Durant holds the distinction as one of Nike’s six signature athletes that fuel the brand’s 80-percent share of the performance basketball market.

During her time working for the NBA, Baker focused on marketing solutions to rebrand the WNBA along with giving the NBA All-Star Game and NBA Combine a breath of fresh air. So, Baker’s experience at the high school level for Nike and her brand strategy experience for the NBA make her the perfect person to bridge business initiatives at the college level.

“I could not be more excited to join Jon Scheyer and the entire Duke Basketball family,” said Baker. “We’re in the middle of such a transformative moment — not only for Duke, but for the college basketball landscape — and the chance to be part of it is the opportunity of a lifetime. Duke Basketball has remained rooted in honoring our storied history while writing the future of the game. I am humbled and honored to join this tradition and can’t wait to get started.”

As you can see, the former Nike employee’s expertise is a recruiting tool as well. Although she won’t be telling recruits they’ll “Be getting a lot of money from the people behind these suites if you decide to come play here” as they do at Texas A&M, she can paint a picture of the lucrative NIL deals she’ll be able to land them if they go to Duke. You know, and the opportunity to go over Myers-Briggs personality types and stuff.

Baker has excelled everywhere she’s been in her professional career. I expect no different at Duke. Yes, Duke’s basketball pedigree will always lure recruits — they had the No. 1 class for 2022 and hold the top spot for 2023 as of now — but having someone like Baker who can help them monetize their time in college makes them all the more attractive.

Baker’s tenure in Durham has just begun, but don’t be surprised if she’s called up to the NBA in a different capacity in due time, whether that means following in the footsteps of NBA Players Association Executive Director Tamika Tremaglio or leading a front office of her own someday.