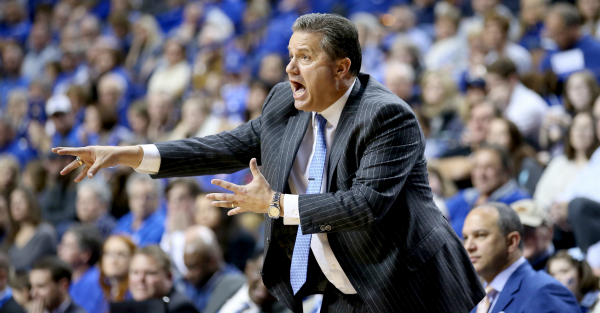 The Brooklyn Nets are in total disarray right now and desperately need a leader to get them out of this mess. The Nets have fired head coach Lionel Hollins and reassigned GM Billy King to help search for the next general manager. Enter Kentucky coach John Calipari. He coached the Nets in the early 90’s for a couple seasons before getting fired. Now, he’s asking for some insane money to come back and be their savior according Adrian Wojnarowski of Yahoo Sports.

The Nets have absolutely drained any sort of resources they have left, unloading seven first-round and 11 second-round picks in the five-plus years of Billy King’s regime. Wojnarowski is reporting that the franchise doesn’t have the patience to get a star GM and do a total rebuild over the next few years so he wants to attract with a top tier talent in the coaching ranks by getting Calipari.

Calipari spoke with the Cleveland Cavaliers in the summer of 2014 when they were looking for a coach and they offered him $80 million over 10 years. That has now become the basis for any deal Calipari gets and he is looking for $12 million a year now like Phil Jackson makes to run the Knicks.

Calipari has plenty of former stars that might want to play for him, but getting them to commit to him for an 82-game with his coaching style might be a hard sell. He’s a bit abrasive and has high expectation no matter what his roster looks like. Whatever guys he gets in the NBA won’t be as good — relatively speaking — as the guys he’s had on his Kentucky teams.

Calipari has wanted to get back into the NBA ever since his failed venture with the Nets the first time. This looks like it might be the time to do it. It looks like Calipari is going to deny these reports vehemently until something actually happens.

You may have heard me say this before: I absolutely have the best coaching job in sports and I plan on being at Kentucky for a long time.

I am not negotiating with ANYBODY. My total focus is on this team and winning the next game.