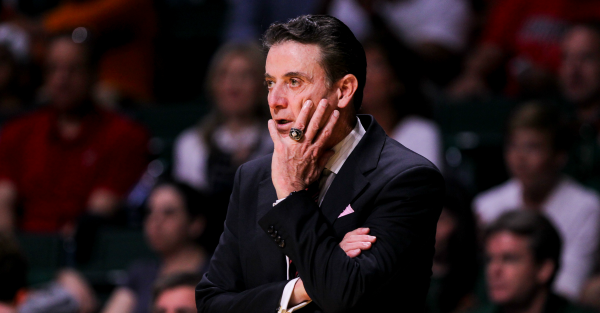 Rick Pitino has gotten into it with fans this season on a couple of occasions. He allegedly gave fans the middle finger during the Kentucky game and now he’s apparently arguing with more Kentucky fans who were at the Miami game for some reason. Pitino was understandably upset as his team lost to Miami 73-65.

Rick Pitino shouting at fans in the stands right now.

Fans yelling at Pitino from behind the bench; Pitino yells right back.

May have been Kentucky fans Pitino was shouting at. There are several in blue around there.

And here’s the real kicker:

I've been told by someone sitting courtside that Pitino did get into it with a fan earlier. Told fan to "shut the f*** up and sit down."

Did Pitino really tell a fan that?!?!? Also, were the Kentucky fans there just to heckle Pitino? They really had nothing better to do? Regardless, Pitino should have definitely kept his cool and not used that kind of language to talk to people who bought tickets to the game.