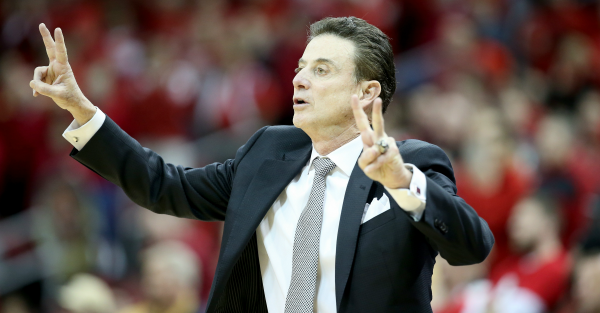 Rick Pitino has stated on numerous occasions that he had no clue about the escort scandal that took place on his watch. He even took a lie detector test to prove it. He specifically said that he was never mad at former graduate assistant Andre McGee for what happened, but just that he wanted to know why he did it.

Pitino seems to be getting a little more upset now after finding out that some former recruits spoke to the NCAA and confirmed what Katina Powell was saying about the whole incident. Pitino went on Mike & Mike Tuesday morning and seemed to have placed a lot of the blame on McGee.

“You have your dorm security people, who are being interviewed by the NCAA, then you have your graduate assistants. One unfortunate one was Andre McGee, whose sole responsibility was to make sure the kids get to school on time, make sure they get up in the mornings when they have a presentation or breakfast with a head coach or family.”

This situation forced Louisville to self-impose a postseason ban for this season and Pitino was not terribly happy about it. This will certainly haunt the school for a long time, but Pitino has already stated that he is here to stay and he refuses to leave the school worse than he found it.