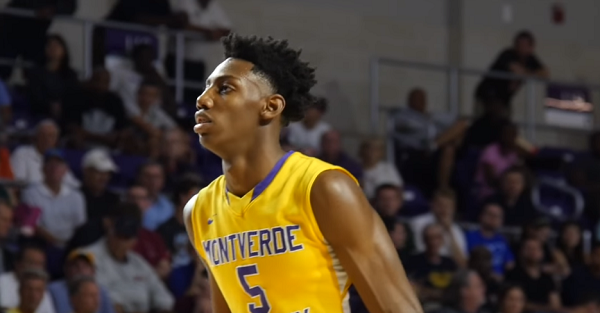 R.J. Barrett reclassified from the 2019 to 2018 class and is still the top recruit in that class like he was for the 2019 cycle. He’ll be able to play pretty much wherever he wants and he’s down to his five schools and when they’ll be getting an official visit from him.

The 6-foot-7, 200-pound small forward will head to Kentucky, Duke, Arizona, Oregon and Michigan over the course of September. He’s ranked as the top player in the class according to ESPN and every other scouting service as well. The Canada native is playing his senior season for Montverde Academy in Florida this season where other big name recruits like Ben Simmons, Joel Embiid and D’Angelo Russell have played.

Barrett also had offers from Kansas, Oklahoma, UCLA and USC among others.