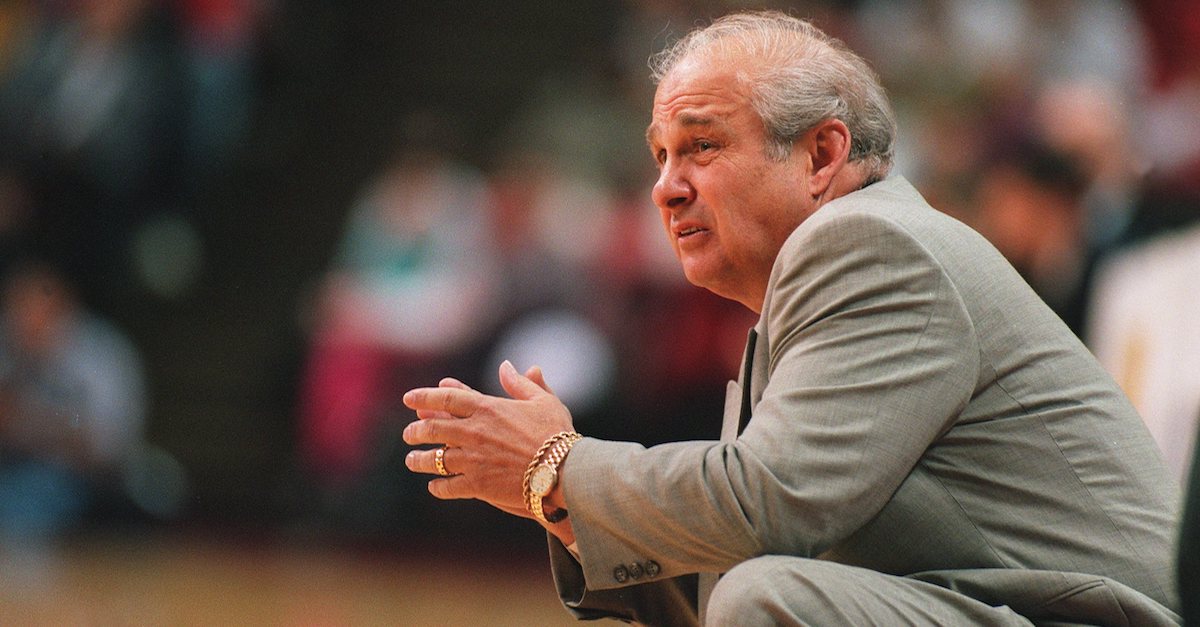 Al Bello/Staff
11 Mar 1994: UNLV HEAD COACH ROLLIE MASSIMINO KNEELS ON THE SIDELINE DURING THE RUNNIN' REBELS GAME VERSUS THE SAN JOSE STATE SPARTANS IN THE 1994 BIG WEST TOURNAMENT PLAYED AT THE UNIVERSITY OF NEVADA-LAS VEGAS.

Rollie Massimino, coach of the 1985 National Champion Villanova, has passed away at 82 years old, per New York Daily News.

Massimino led Villanova to an improbable title win over Patrick Ewing’s Georgetown, moving through the tournament as the No. 8 seed over Michigan, Maryland and North Carolina.

Massimino is a College Basketball Hall of Famer and 355 wins at Villanova. He also coached at Nevada-Las Vegas, Cleveland State and Keiser.