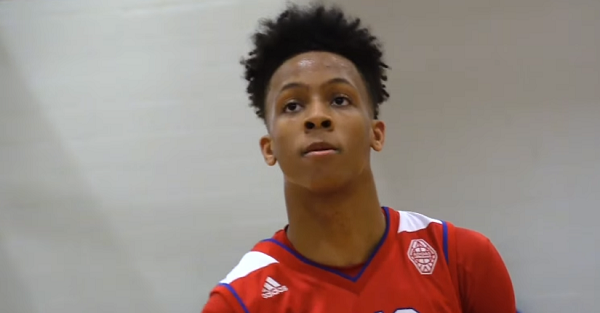 Romeo Langford is a consensus top-five recruit in the class of 2018 and his dad is now saying that he’s cut his list of schools down to seven for now. Langford’s father, Tim, told Scout,”Romeo’s seven schools are Kentucky, Louisville, Indiana, UCLA, Kansas, Vanderbilt, and North Carolina.”

The 6-foot-5, 195-pound shooting guard out of Indiana is planning to make his decision during the spring as of now. He also does not have any official visits set yet, but should be keeping an eye on his schools throughout the season.

Langford is ranked as the No. 1 shooting guard and No. 5 overall recruit in the country by ESPN. He also has offers from Duke, Purdue and Georgia Tech to name a few.