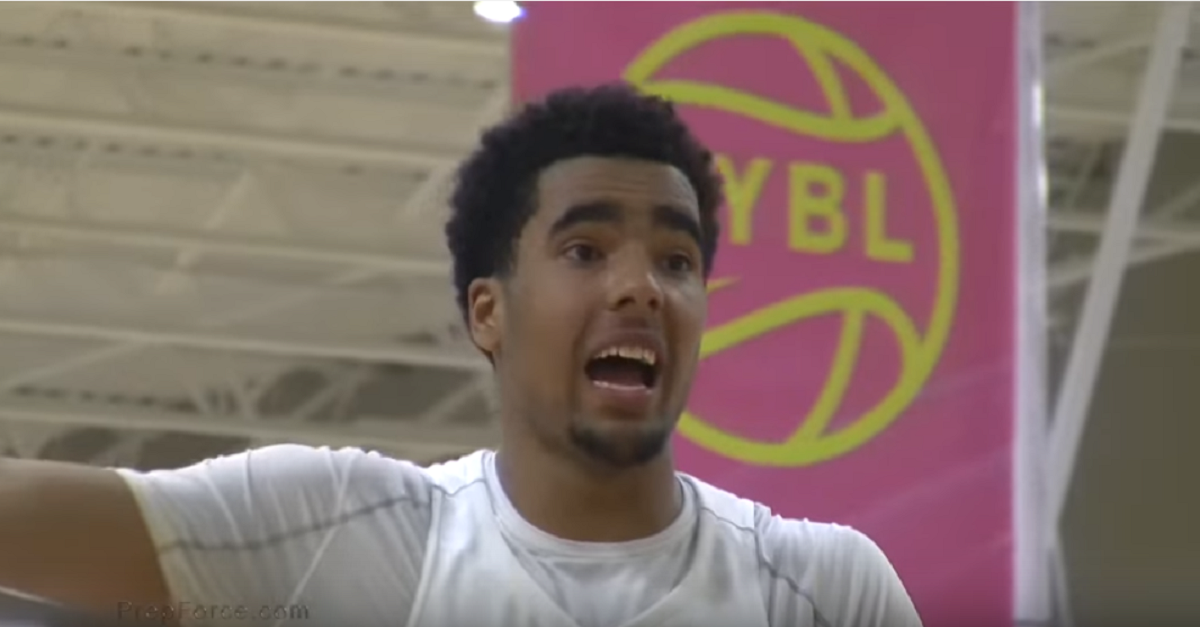 Missouri has shot up the recruiting rankings thanks to commitments from the top recruit in the country Michael Porter Jr., Jeremiah Tilmon, Blake Harris and now Jontay Porter.

Jontay Porter just committed to Missouri. Would assume what is next is for him to reclassify to the 2017 class. Having big spring in EYBL.

And he made it official with his own tweet:

After much thought and prayer I have decided to commit to the University of Missouri!🐯 pic.twitter.com/dO1LKYR3iX

Jontay is the younger brother of Michael and is supposed to be in the class of 2018, but it looks more likely now that he is going to join his brother by reclassifying to 2017. The Tigers currently have the No. 5 class according to ESPN and if the younger Porter pulls the trigger on his reclassification, that could catapult them into the top three.

The 6’10”, 240-pound center was ranked as the No. 26 overall player in the class of 2018 by ESPN and the No. 3 center in the country. It’s unclear how that translates to this cycle, but he would still be a great player in this class and would make the Tigers a formidable foe in a conference that has needed more than just three decent-to-good schools in Kentucky, South Carolina and Florida.