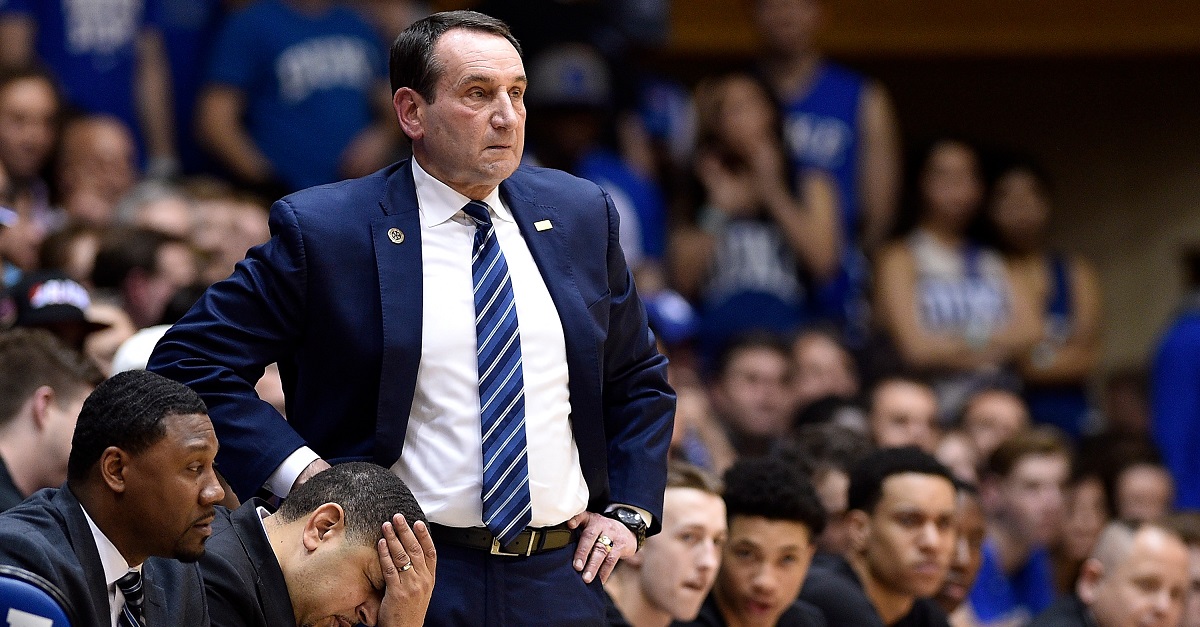 The FBI’s probe into college basketball had had some stunning revelations along the way and it looks like Yahoo! Sports has uncovered the names of the schools and players involved. Yahoo obtained documents and bank records that detail expenditures of prominent former NBA agent Andy Miller, his former associate Christian Dawkins and his agency, ASM Sports.

The documents show an underground recruiting operation that could create NCAA rules issues ? both current and retroactive ? for at least 20 Division I basketball programs and more than 25 players. Those schools include Alabama, USC, North Carolina, Duke, Kentucky, Texas and Michigan State and some of the players involved are Wendell Carter, Collin Sexton and Miles Bridges.

It’s gotten bad enough to the point that NCAA president Mark Emmert released a statement Friday morning to address the latest developments in the corruption probe.

?These allegations, if true, point to systematic failures that must be fixed and fixed now if we want college sports in America. Simply put, people who engage in this kind of behavior have no place in college sports. They are an affront to all those who play by the rules,? the statement read. ?Following the Southern District of New York?s indictments last year, the NCAA Board of Governors and I formed the independent Commission on College Basketball, chaired by Condoleezza Rice, to provide recommendations on how to clean up the sport. With these latest allegations, it?s clear this work is more important now than ever. The Board and I are completely committed to making transformational changes to the game and ensuring all involved in college basketball do so with integrity. We also will continue to cooperate with the efforts of federal prosecutors to identify and punish the unscrupulous parties seeking to exploit the system through criminal acts.?

An ASM balance sheet includes a subheading titled “Loan to Players” and it outlines loans made to several former players including No. 1 overall pick Markelle Fultz as well as top 10 pick Dennis Smith Jr. Some players were receiving loans as large as five figures with others securing four-figure loans.