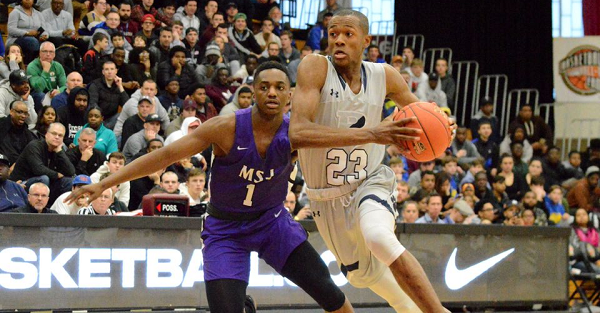 Five-star small forward Scottie Lewis has plenty of choices for where he can go to school considering he’s a consensus top-10 recruit. However, he has not really made any cuts in his recruitment yet because he’s in the class of 2019. However, there’s one school that has gotten back into the mix for him.

Scottie Lewis says he’ll cut to about 6 in May. Will add Notre Dame back in mix.

And Lewis named a few more schools that are recruiting him pretty consistently:

The 6-foot-5, 185-pound New Jersey native is ranked as the top player at his position and top player in the state as well as the No. 8 overall recruit in the class according to ESPN. He also has offers from Kansas, Maryland, Miami and Washington among others.