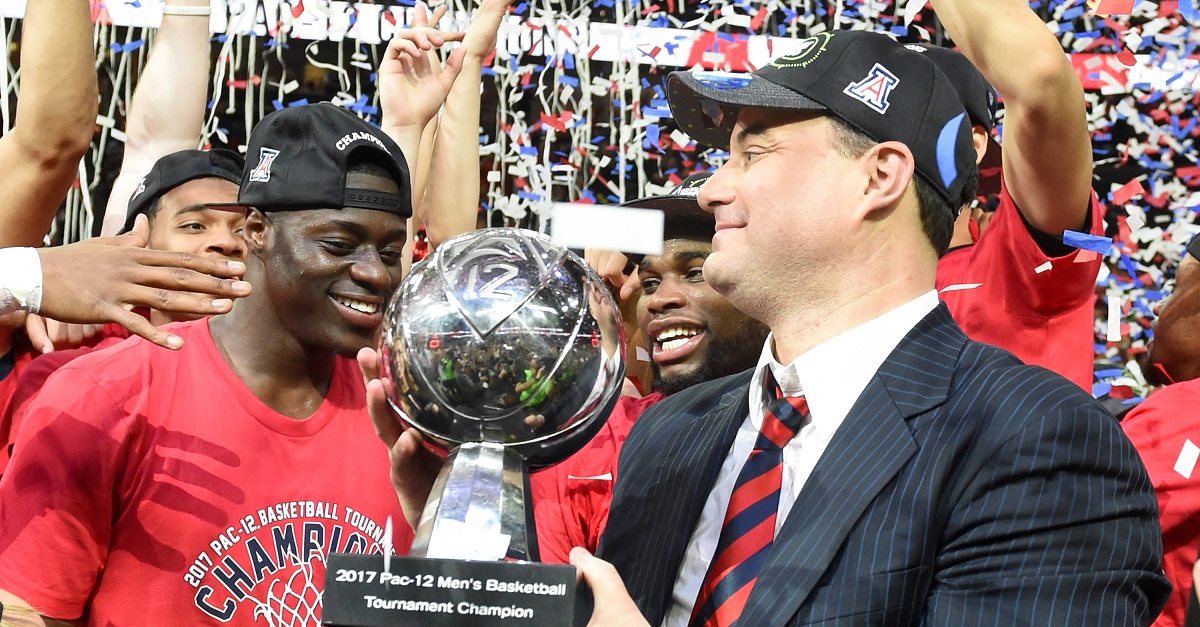 FBI wiretaps picked up a telephone conversation between Arizona coach Sean Miller and Christian Dawkins — who the organization was investigating due to alleged basketball corruption — discussing a $100,000 payment to Deandre Ayton, sources with the government’s evidence confirmed to ESPN on Friday.

In that light, he will not coach Saturday:

After the news broke, ESPN’s Jay Bilas tore into Miller, acknowledging he can’t see him coaching ever again.