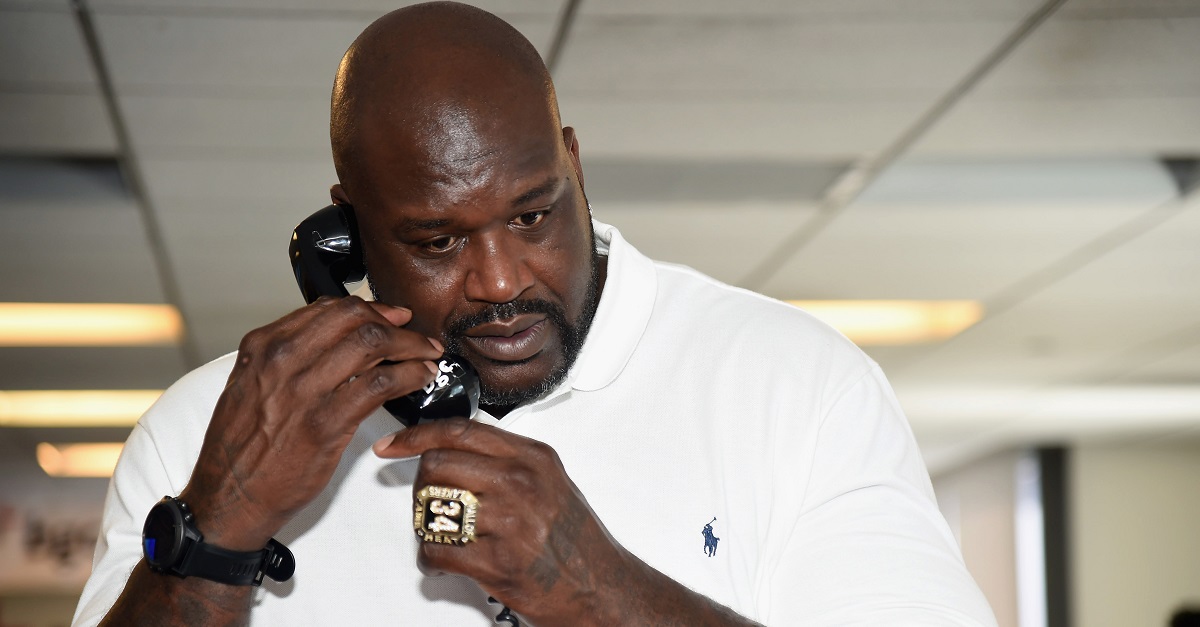 Lakers and NBA legend Shaquille O’Neal was in Las Vegas this past week apparently lifting other tiny humans for fun at the Sands Convention Center.

RELATED: Shareef O’Neal’s top three schools are not what everyone thought they were

While there, he had an interaction with a fan regarding his son and where he should go to school to play basketball. Since LSU was not on the list for Shareef — Shaq’s alma mater — Shaq is going to try to keep the family business in the SEC. With Big Blue Nation, it was only natural that the topic of the Wildcats came up.

The fan getting lifted in the above picture told O’Neal, “We need Shareef at UK.”

Shaq replied, “I am working on that.”

The 16-year old O’Neal is ranked as the No. 3 power forward in the class of 2018 and No. 9 player overall according to 247Sports’ rankings. Shaq has said in the past he’d like to see Shareef play at Kentucky because he trusts John Calipari and Cal’s ability to maximize his players’ potential.