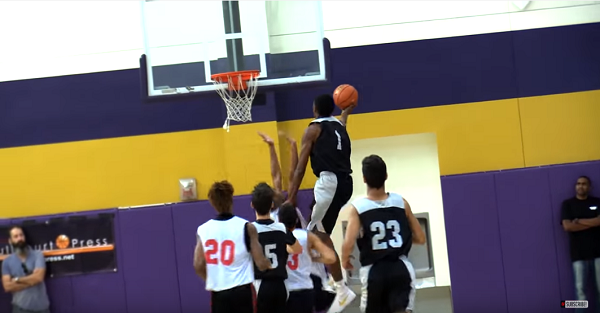 Shaquille O’Neal and Metta World Peace are both famous NBA players, but we all know that Shaq was the better player and the proof is in the pudding. He was just inducted into the Naismith Hall of Fame on his first try and World Peace is known for being the exact opposite of his name.

RELATED: Shareef O’Neal’s top 3 schools are not what everyone thought they were

However, don’t let that affect your judgment of their sons who squared off against each other in high school. O’Neal is the five-star recruit everyone knows in the Los Angeles area and Ron Artest III is a little less known, only rated as three stars by some recruiting services.

RELATED: Latest recruiting update has some new five-stars at the top for 2018

However, Artest picked up basketball late and has become a good player leading up to his senior season. The 6’7″ forward could certainly help out a program in need of someone that size who still has room to improve. When he and O’Neal went against each other though, it was a pretty impressive display of basketball everyone got to see.