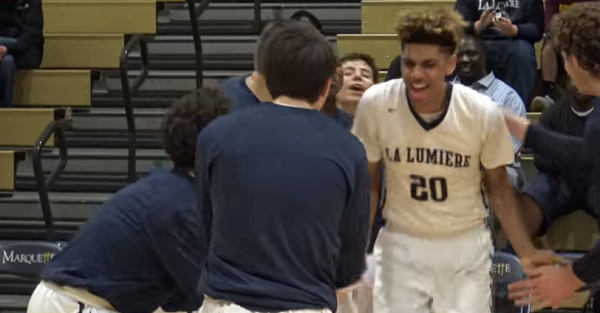 Brian Bowen, a former five-star recruit who was at the center of the FBI’s probe of the Louisville Cardinals, has been admitted to South Carolina. According to a report, he will be seeking reinstatement from the NCAA and will attempt to play basketball for the Gamecocks.

A former McDonald’s All-American as a high school senior, Bowen committed to and enrolled at Louisville in early June 2017. The commitment came as a shock, even at the time, as then Cardinals coach Rick Pitino was rather late in recruiting the talented guard.

Bowen was held out of Louisville practices before the season even began when federal authorities unsealed a criminal complaint detailing the FBI’s college basketball investigation. The university announced in November that the then-suspended freshman would not play for the team.

In November federal investigators cleared Bowen of any wrongdoing. Louisville actually had the option of pursuing reinstatement for him. Given the debacle left in the wake of Rick Pitino — and his numerous scandals — it was apparently too much for the university to handle.

Unless granted some form of hardship waiver, since Bowen was at Louisville, he will have to sit out a season before being eligible to play for the Gamecocks.

Provided he stays at South Carolina until deemed eligible by the governing body of college sports, Gamecocks coach Frank Martin just scooped up an NBA-level talent.