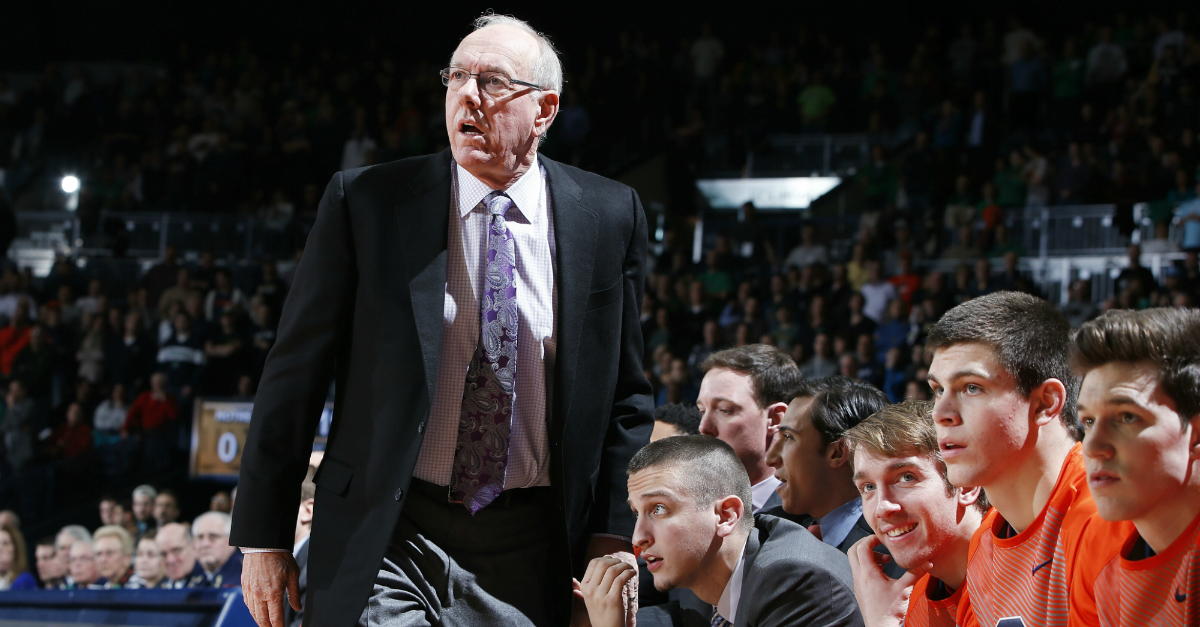 Syracuse had already banned itself from the postseason for men’s basketball, but it seems that wasn’t enough to appease the NCAA as it handed down some serious sanctions for both the basketball and the football team. Jim Boeheim has been suspended for the first nine ACC games in the 2015-16 season and will lose 12 scholarships over the course of the next four years. In addition, Syracuse was placed on probation for five years, from March 2015 to March 2020. The men’s basketball program was forced to vacate all wins in which ineligible players played from the 2004-05, 2005-06, 2006-07, 2010-11 and 2011-12 seasons. The program will not be forced to vacate its 2003 national championship.

The NCAA said that the violations, which were self-reported by Syracuse and dated back to 2001, included academic misconduct, extra benefits, failure to follow the drug-testing policy, and impermissible booster activity, as well as impermissible academic assistance and services, Boeheim’s failure to promote an atmosphere of compliance and monitor his staff, and the school’s lack of control over its athletics program. The basketball program must vacate 108 wins — the most ever taken away from a program, according to Syracuse.com. As a result, Boeheim — who had needed only 34 wins to join Duke’s Mike Krzyzewski in the 1,000-win club — is left with 858, which drops him to sixth on the all-time list.

The NCAA released all of its findings and explained it like this:

The Syracuse football program was also forced to vacate all wins in which ineligible players played from its 2004-05, 2005-06 and 2006-07 seasons. The university chancellor released a statement saying the university agreed with some portions of the decision but disagreed with others. This is only part of that statement:

The committee also found that from 2001-09, the school did not follow its own written policies and procedures for students who tested positive for banned substances. NCAA rules require that if schools have a drug-testing policy, it must include substances on the banned list and the school must follow its policy. Syracuse had a written policy, but both Boeheim and athletic director Daryl Gross admitted they did not follow it.