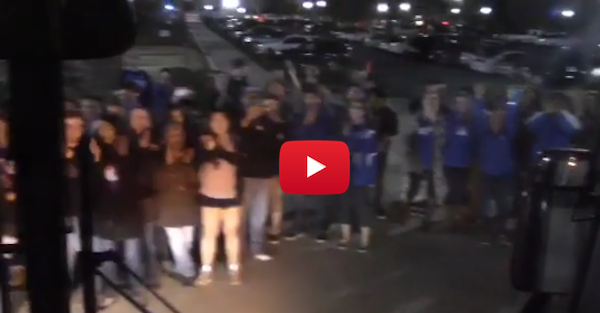 Duke’s fans are known as the Cameron Crazies and that’s for good reason. Even though the first game against UNC this season was in Chapel Hill, the Crazies came out to greet the team bus after the huge upset win over the Tar Heels. The team got back early Thursday morning after the game ended late Wednesday night and they were greeted by a pretty large contingent of fans.

Felt NICE getting back to the Bull City with that W. S/O to the Crazies for showing love.

Coach K even interacted with some fans while Brandon Ingram, Luke Kennard and others were mobbed by them. That’s why they’re known as the Crazies.