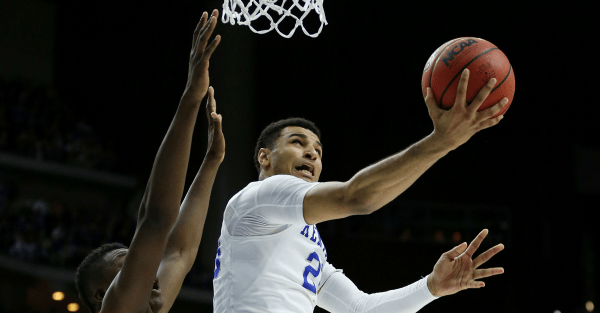 Jamal Murray was on fire the last couple months of Kentucky’s season and it looks like he’s going to take that performance to the bank.

Murray scored 20 points or more in 12 of his last 15 games and shot about 45 percent from the field for the season. He also shot an impressive 40.8 percent from beyond the arc and scouts have fallen in love with him. He’s been seen in multiple mock drafts as a top-10 guy or a mid-first rounder. If he can impress even more at the combine and in workouts he may very well become a top five pick.